Pedraza: I'm Fighting More Often With Top Rank, This Is How I Like My Career To Go

Jose Pedraza can get used to this.

The irony in having to endure back-to-back postponements is that it’s led to a surprisingly active stretch for the former two-division titlist. Two months after scoring a lopsided points win over Mikkel LesPierre in a rescheduled bout, Pedraza is back in the ring against another opponent he was previously due to face.

The latest comes in a 10-round clash with Javier Molina this Saturday, live on ESPN+ from The Bubble in Las Vegas. They were originally scheduled to meet this past May, only for the fight to suffer what was thought at the time to have been a cancellation due to the ongoing coronavirus pandemic. 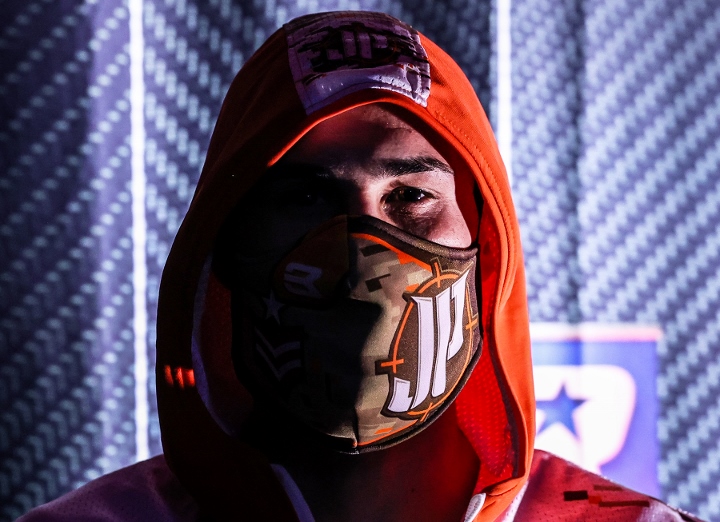 Pedraza went on to face LesPierre this summer, a bout that was due to take place on June 18 before moving back two weeks. Now comes more unfinished business, all while enjoying his most active stretch since his first year with Top Rank.

“This is the way I like to fight,” Pedraza (27-3, 13KOs) told BoxingScene.com. “Not being active affected me early in my career with past promoters who didn’t have my best interests at heart. Now that I’m with Top Rank, I’m fighting more often. This is how I like my career to go.”

Pedraza was more than a year removed from his 130-pound title reign and having fought just twice in a span of 29 months by the time he made his Top Rank debut in March 2018. A win over Jose Rodriguez kicked off a three-fight stretch over a span of five months for the 2008 Olympian from Cidra, Puerto Rico, capped by a 12-round win over Raymundo Beltran in August 2018 to win a piece of the lightweight crown.

The reign was short-lived, losing a 12-round decision to Vasiliy Lomachenko in December 2018. Two fights came of his 2019 campaign, although his career stalled after a 10-round loss to Jose Zepeda last September. The ongoing global health crisis kept the 31-year old Boricua out of the ring for nearly 10 months by the time he returned this past July. Saturday’s bout comes 11 weeks later, with a win possibly putting him back in the ring by year’s end or at least in the first quarter of 2021.

“Ever since I signed with Top Rank, it’s been great,” insists Pedraza. “I’m getting the treatment that really every boxer deserves. I use their trust in me as motivation to perform better. They are delivering for me, so I need to deliver in the ring.

“As long as I keep winning, they will keep me active and position me toward meeting my goal of becoming a three-division world champion.”

Top Rank has stepped up to the plate, putting on regular boxing events on ESPN, and now ESPN+. Their fighters are benefiting with more activity in the ring. Their skills are sharper, and they're posting decent wins on their records.…

Well he was smart to have left PBC for Top Rank since they got more 140 fights lined up for him if he wants it. Their gonna throw him to the wolves basically since they got all 4 belts in…