Gilleleje, Denmark - Super middleweight Patrick Nielsen (30-3) returned and won a unanimous decision over Frenchman Armen Ypremyan (9-2-2) over eight bloody, hard-fought rounds with more wrestling than boxing. It was scored 79-73 twice and 80-72 and one can only assume that the judges gave points for Nielsen´s wrestling skills as much as for his punches.

Ypremyan had a bad swelling around his left eye, he had a bad nose bleed and his corner had no tools to bring down the swelling or even an ice bag - while the Dane suffered two cuts and also bled from the nose - all injuries it seemed were caused by more or less accidental head clashes as they wrestled around.

Nielsen was in shape though but was rusty and as he failed to hurt his opponent with his southpaw left, and he got tagged himself and then the wrestling started and it became far from exciting and closer than the official scoring. 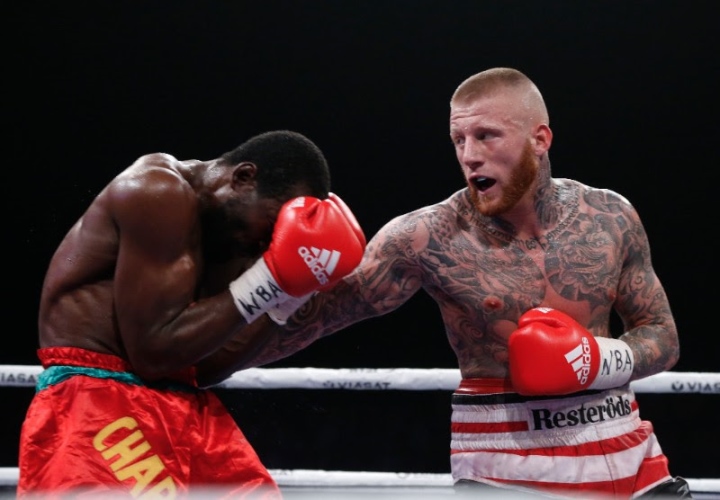 Middleweight Jacob Porsgaard moved to 3-0 with a four round unanimous decision over Georgian Nika Gvajava (6-19-2) in a messy affair. Porsgaard won on scores of 40-36 twice and 39-37. Gvajava had a good final round and Porsgaard was cut over the right eye. The Georgian can be a handful at a lower weight but is too small for 160.

Orsos kept smiling and Zaren kept landing until his opponent was down on all four. This happened twice in the first and again early in the second and it was stopped at 1.03. Zaren had the one and only Mikkel Kessler as chief cornerman and shows promise but also that he is relatively inexperienced,