Pascal: I Dropped Marcus Browne Three Times, I Was Winning

"Boxing is boxing," said Pascal. "We clashed heads, but at the end of the day, I was winning the round. I dropped him three times. It was a close fight, but I believe I was winning."

Browne appeared to be in control early, using his jab effectively and finishing his combos with power punches. Throughout the fight, Browne would land 52% of his power punches according to CompuBox. 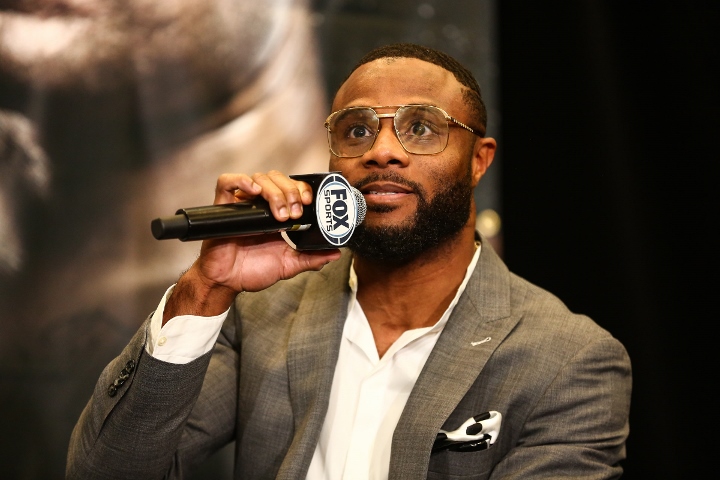 In round four, Pascal broke through landing a perfect right hand that connected with Browne as he threw his own right hook. Browne hit the canvas for the third time in his career, but was able to make it through the round.

Browne looked to have regained control of the fight until late in round seven when Pascal again connected on a powerful right hook that caught Browne during an exchange. Pascal jumped on Browne after he got to his feet and knocked him down a third time right before the bell ended round seven.

Montreal's Pascal was looking to finish Browne in round eight, while Browne looked to effectively navigate the ring while recovering from the previous round. It was midway through the round that Pascal hit Browne with an accidental headbutt on the ropes that opened a cut over Browne's left eye.

Referee Gary Rosato halted the bout 1:49 into the round, on the advice of the ringside physician, meaning the fight went to the scorecards. By winning the shortened eighth round on all three judges' cards, Pascal won the fight by the score of 75-74 three times.

"I could hear my daughter ringside and that was motivation for me," said Pascal. "She was yelling my name all night long. I'm going to go home and talk to my team to see what is next. Canada has Drake, the NBA Champions and now I'm bringing the belt home."

Browne was unavailable for post fight comments as he was taken to NYU Lutheran Medical Center due to the cut.

[QUOTE=champion4ever;19962650]Ain't that the motherf[COLOR="Black"]uck[/COLOR]ing truth? Also, the referee constantly allowed Browne to hold and rabbit punch Pascal behind the head.[/QUOTE] They make it that blatantly obvious they didn't want Pascal to upset the PBC applecart, but he did! Yet Browne…

[QUOTE=rzagza;19963967]Pascal was leading with his head all night. I joked to my friend after coming back to take the lead in the fight now was the time to land another headbutt to get this stopped and go to the cards…

I'm glad Browne lost, personally. He already got a robbery win against Rad, so it's nice to see him lose--- especially to a fighter like Pascal who's past his best.

Beown was NOT out boxing Pascal since 6th round. He was outpointing Pascal running around in fair of hard shots... until he coulsdn't. Look at shocked face of Brown time to time and concentrated face of Pascal.

[QUOTE=Corelone;19961410]Quit! I don't know what Pascal is trying to explain. Those two right hands were good as cash money. The damage done was worse than anything Browne did in any instance and all together. The third knock down sealed the…