Joseph Parker's promoter, David Higgins, has claimed that Dillian Whyte wants no part of a rematch - based on some recent statements that were made in the press.

Whyte is back in action on December 22 at the O2 Arena in London, and he's very close to a rematch deal with Dereck Chisora. Parker is back on December 15 in New Zealand, against Alexander Flores.

In his last fight, Whyte survived near disaster in the twelfth and final round, to win a twelve round decision over Parker. Whyte had dropped Parker earlier in the fight, but found himself close to the end when he was down, hurt and exhausted in the closing moments of the fight. 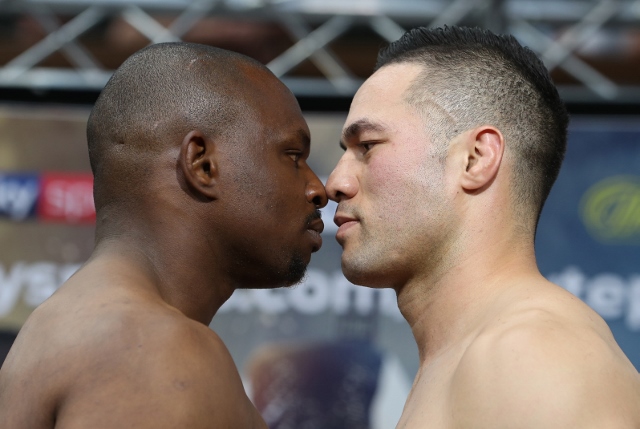 Whyte named a short-list of opponents that he'd like to face - and Parker was not on the list.

Parker and his handlers are angered by the referee's error in the second round, when he incorrectly scored a knockdown in favor of Whyte - which gave the British man a 10-8 advantage on the cards.

If the referee would have waved off the knockdown, they believe the contest would have been much different with scoring adjustments. A replay showed clearly that Parker went down after an accidental clash of heads with Whyte.

"What does that say about Whyte? It's interesting that he didn't mention Joseph Parker's name. To me it says that they are running the other way, knowing that without officiating errors, Parker would have overcome and beaten him," Higgins said to Sky Sports.

"Do you know what? I do think Dillian Whyte does have some intelligence and dignity, so I don't think he would shy away from proving that he can beat Joseph Parker decisively. If Anthony Joshua does end up fighting the winner of Fury-Wilder, then there would be some questions asked of Dillian Whyte. Does he want to set the record straight by going for a decisive victory against Parker? "It's a public challenge to Dillian Whyte to admit that an error by British officials benefited him, and that he did not win decisively."

[QUOTE=Jkp;19237182]It's not about money. Whyte fighting ortiz would be a much bigger global event than some UK domestic battle with old man chisora.[/QUOTE] Whyte fighting Ortiz isn't a global event, Whyte's not well known outside the UK and even in…

[QUOTE=P4Pdunny;19237189]There's no point you going back and forth, I've acknowledged the headbutt but that's not the reason he lost. The point of Whyte needing to fight him again to set a phantom record straight is a moot point, period.[/QUOTE] So…

[QUOTE=Jkp;19237182]It's not about money. Whyte fighting ortiz would be a much bigger global event than some UK domestic battle with old man chisora.[/QUOTE] That's my point... the Chisora fight would purely be a payday and nothing else. Any fight between…

[QUOTE=Jkp;19237181]How do you know what he is feeling? Did you interview him in between rounds using your psychology skills? You can't just ignore a ko head butt and make up a theory about his poor attitude instead.[/QUOTE] There's no point…