Parker Explains Why He Beat Andy Ruiz and Joshua Did Not

Joseph Parker is the only man to defeat Andy Ruiz, who currently holds the WBO, IBF, IBO, WBA heavyweight titles.

Parker won a razor close twelve round decision over Ruiz for the vacant WBO world title in December 2017.

But then a few months later, Parker lost his title and a twelve round decision to Anthony Joshua. Parker is still the only boxer to go the full twelve rounds with Joshua. 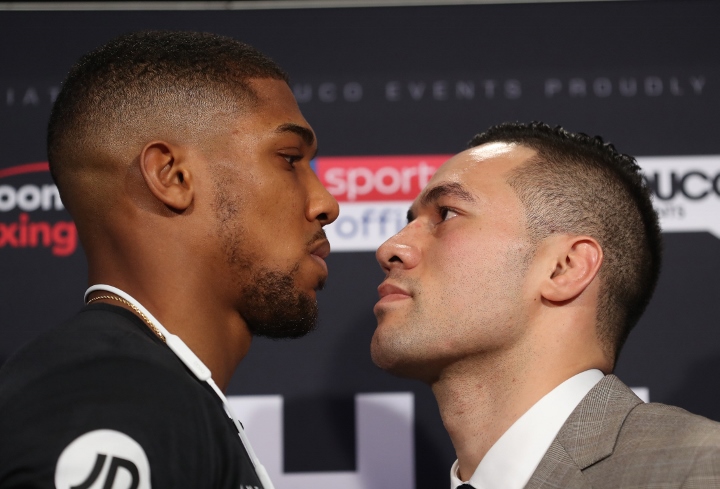 But then earlier this month, Ruiz stopped Joshua in the seventh round to capture the four belts, in a massive upset at Madison Square Garden in New York City.

In the bout, Ruiz dropped Joshua four times before the contest was waved off.

Parker explained why he was able to beat Ruiz and Joshua was not.

"AJ's style, when we see him fighting, he moves back, but a lot of the fights, he likes to come forward. I guess this is sort of a first experience of fighting someone who just continuously puts pressure on.

"AJ threw nice shots and connected with Andy, but Andy is a fighter who takes two to three punches to throw three, four, five, six back. I guess I'm able to move, because I'm a little bit smaller. With AJ's size, it might have been a bit hard for him to move around and jump around with all that muscle that he has."

War Parker ! He beat Ruiz 115-113 in the first fight. Only a Whyte headbutt can damge his chin

[QUOTE=pollywog;19853133]You're right about Andy. Bro has sneakey power from good torque at the hips, planted feet and a whole lot of momentum from the excess mass on his barrel chest and arms. He's got great stamina and heart with an…

[QUOTE=Tyrone WBCfan;19856743]Chin is the main real difference. Those flurries that knocked AJ bandy? Ruiz landed them on Parker too but all they did was get parkers attention I been repping for AJ for a long time but you have to…

[QUOTE=Crushinator;19856713]footwork skill and speed. parker used the space of the ring, circled, AJ just kept backing up to the ropes[/QUOTE] also another good poiint. joshua needs to learn how to take the middle of the ring. best way to to…

[QUOTE=Jkp;19856518]Parker's had much better experience, and improved a lot more than Ruiz has[/QUOTE] don't discount being in shape. ruiz had put on close to 10 lbs in the year leading up to the parker fight. and trust me when i…