The venue has yet to be determined, but it appears to be coming to Las Vegas, and the set date if July 20th on Fox Sports Pay-Per-View.

International matchmaker and Pacquiao’s right hand man Sean Gibbons has indicated that his boxer is expecting the very best version of Thurman. 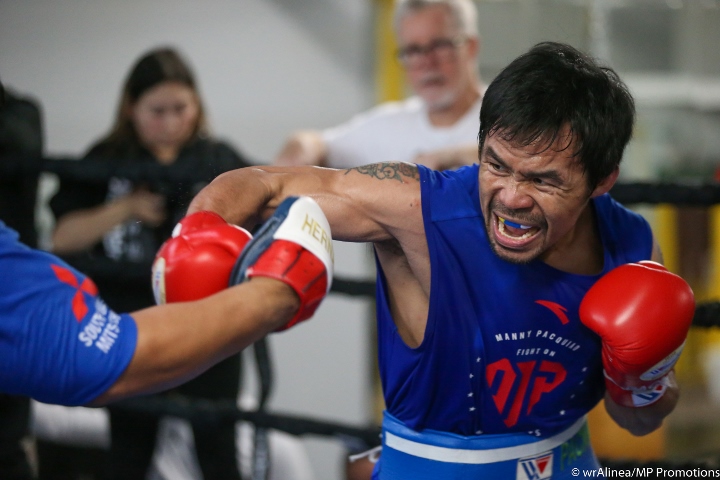 Thurman, who was coming off a two year layoff, looked very vulnerable when he stepped in the ring with Josesito Lopez.

Although Thurman won a twelve round decision, he was seriously hurt during the fight and was very hittable against a big underdog.

“Adrian Broner was a window dressing. It was a fight to get warm up and now it is time to step up. Floyd Mayweather said he was retired, so the senator is picking up the next best guy available and that’s Keith Thurman,” Gibbons told The Manila Times from General Santos City.

“At his point of his career, I think the senator is absolutely taking one of the biggest challenges in his career for the last few years. He is fighting an undefeated super champion in Keith Thurman who defeated three former world champions — Robert Guerrero, Danny Garcia and Shawn Porter.

“I applaud the senator for taking on challenges like this, but these are the fights in America, in the Philippines, and the world that give people the excitement. After signing with Al Haymon and the PBC, Pacquiao has a clear play and has a mission to fight the best and that’s where we at.

“At 40, the senator earlier had a huge smile on his face when he saw the Tom Brady result and then when he saw Tiger Woods coming back after all those problems at 43. He feels like he is in 20s now."

[QUOTE=Gambino;19741070][I]"Best available fighter"[/I] is a lame excuse. There was nothing really preventing him from fighting Spence. He was at the Spence-Mikey fight and would've probably picked Mikey as his next fight had he won. He went for Thurman instead because…

[QUOTE=Robbie Barrett;19743467]Yep. His team were saying Mayweathers legs had gone. They waited until Mayweather was half the fighter he used to be, still easily defeated Pacquiao though.[/QUOTE] Don’t twist it around, when Pac and Mayweather fought, Pac was no longer…

[QUOTE=skelva;19743418]Does that also mean Timothy Bradley and Mayweather?[/QUOTE] Yep. His team were saying Mayweathers legs had gone. They waited until Mayweather was half the fighter he used to be, still easily defeated Pacquiao though.