The big news coming out of this weekend, Manny Pacquiao will return to the ring in July in a WBA welterweight showdown against the undefeated Keith Thurman. 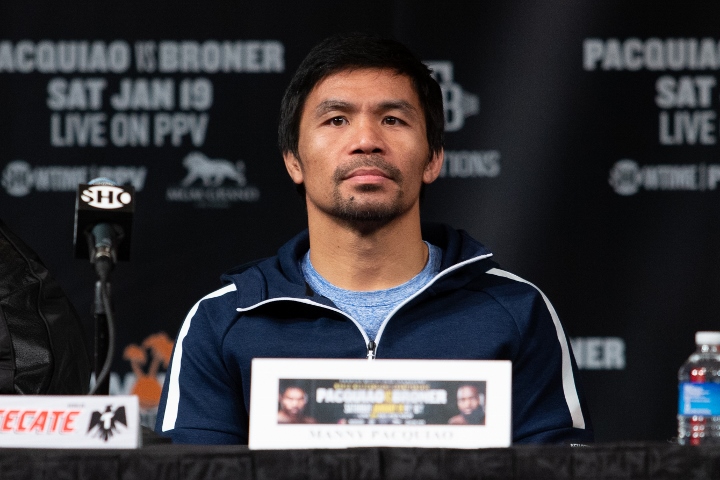 Thurman (29-0) ended an almost two-year absence from the ring by beating Josesito Lopez at the start of 2019.

And now he will be aiming for his sixth successful defence of the title, while eight-time world champion Pacquiao has held his crown since July last year.

According to Pacquiao, Thurman first caught his attention back in 2017 - when he beat Danny Garcia in a WBC, WBA unification at Barclays Center in Brooklyn.

“I liked the way he fought against Danny Garcia,” Pacquiao said to Yahoo Sports. “I thought his style would match up well with mine. We are going to give the fans a great fight and an exciting night.”

But the fight against Garcia began a two year stint of inactivity and injuries, and also saw Thurman vacate the WBC welterweight title.

When he returned against Lopez, Thurman looked very rusty and he was even seriously hurt during the contest - which many felt would be a one-sided wipeout. Instead, Thurman was tested in tougher fashion than anyone had expected.

Pacquiao does not expect the same kind of Thurman in July, he expects a tough fight.

“I would say Keith Thurman has looked rusty in the past,” Pacquiao said. “I do not think that will be an issue when we fight because he has already fought once this year. I anticipate an action fight from him.”

[QUOTE=rocktx;19739704]Yes much respect to Pacman. Always been willing to fight anyone, its just that Arum had him on the leash or whatever... [B]But this may be his swan song[/B]... He's in tough and father time will be on him even…

[QUOTE=15 round fight;19739389]Thurman is taking fight too soon after damn near 3 yr layoff. Pac always has to have some catchweight edge or usually someone coming off injury or loss. Dela Hater was drained and Cotto was hurt from plastered…

[QUOTE=Blond Beast;19739113]I think Thurman has skill. I soured on him due to his long layoffs, and used the slur “part time” as opposed to “one time”. He struggled against Lopez. But fighting Manny is what I hoped for. I don’t…