Miami, FL: The old saying goes "Its not how you start but how you finish" this proves right for WBO #15 WBC #24 Juan "Pinky" Alejo (24-5-1 14 KO) who started off losing his first 3 fights but later resurrected his career and won the next 20 bouts in a row.

This amazing accomplishment earned him his first WBO world title opportunity, where he dropped a unanimous decision to 3x world champion & Philipino legend Donnie "Ahas" Neites. Alejo, didn't let the defeat phase him and continued his winning ways adding 5 more bouts to his column before stepping up for another vacant title shot against Angel "Tito" Acosta at the Madison Square Garden in what was Miguel Cotto's farewell from boxing. Although Alejo came up short in his second attempt, he feels those fights gave him the experience he needs to defeat Jonathan "Bomba" Gonzalez.

Alejo Stated: I started my career with 3 losses and never doubted myself at any moment, i took a short break and now i am ready for my Telemundo debut next Friday. I have been training for 2 months already and all my experience i have acquired throughout my career fighting legends, will make me victorious on Friday night." He continued "Bomba" Gonzalez better be ready, because on November 16th he's in for a treat"

The co feature of the night see's the return of Christian "Macho Time" Camacho (7-1 1 KO) son of the legendary Hector "Macho" Camacho. He squares off against Mexico City's Issac Cerda (6-2 1 KO) in a 6 round featherweight bout. 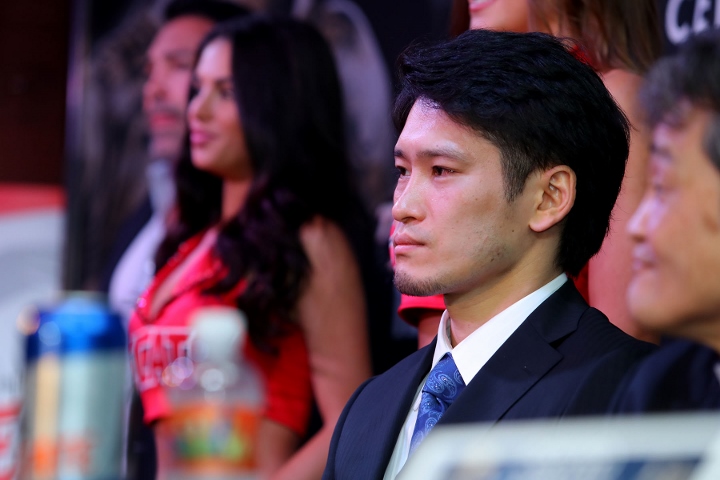 Junior middleweight contender Yoshihiro Kamegai (27-5-2, 24 KOs) has announced his retirement from the sport, after taking a beating in his last two decision losses.

"I’ll be retiring from boxing. My last 2 bouts, I’ve been losing power in my arms in the early rounds. Unlike before when I could throw more power punches throughout the whole fight, now I can’t," Kamegai stated on social media.

"Back when I fought #GuerreroKamegai and #KamegaiSotoKarass2 , those were the fights when my performance was at best but the last 2 was far from it.
I didn’t feel like I was in my body. But still I was more humbled and appreciative than ever to see the fans all around the world crossing different countries to cheer me on!

That was my PRIDE and MOTIVATION! To all the fans that supported me through out my boxing career my biggest appreciation goes out to all of you!
Thank you very much!!

Banner Promotions has signed it's 2nd undefeated lightweight this week as the promotional company has signed Mohamed Soumaoro.

The 25 year-old Soumaoro is out of Montreal, Canada by way of Conakry, Guinea and Havana, Cuba.

He has amassed a professional record of 6-0 with three knockouts.

Growing up in Havana as a youth he enjoyed walking, playing soccer, going to school and learning. During this time he was introduced to karate and taekwondo. He did not pursue those sports because in 2008, he moved to Blainville, Quebec to live with his sister. It was  while watching television that he discovered an interest in boxing.

After a 53-fight amateur career, he turned professional on April 8, 2017 with a 1st round stoppage over Antonio Vergara.

Soumaoro has continued his success as he has made two starts this year. In his last bout, he stopped Ramon Urbina in one round on September 15th in Managua, Nicaragua.

He considers himself as a counterpuncher as he is heavily influenced by future Hall of Famer, Juan Manuel Marquez.

"I started boxing at age 15 after watching fights on television.  I started fighting a little bit in the streets when I was in Guinea," said Soumaoro.

"I am happy to sign with Banner Promotions.  My manager Otis Grant has said great things about Banner Promotions, and I see big things.  I am happy.  This is going to be a good journey.  I am ready to make a statement, and realize my American dream."

"We are happy to add Mohamed to our roster," said Banner Promotions President, Artie Pelullo.  "His manager Otis Grant has glowing things to say about him, and we feel that we will take him to the next levels of the sport. We look forward to helping him develop into a future champion."