It was Nieves’ first title shot and first stoppage defeat. Inoue made his sixth defense of the title. The referee was Lou Moret.

Inoue started the fight methodically, working the body of Nieves and showing no signs of rushing his work despite the hype of his first American appearance. Nieves went to his flanks in when he could, trying his best against a fighter who seemed unbothered by what was coming back. 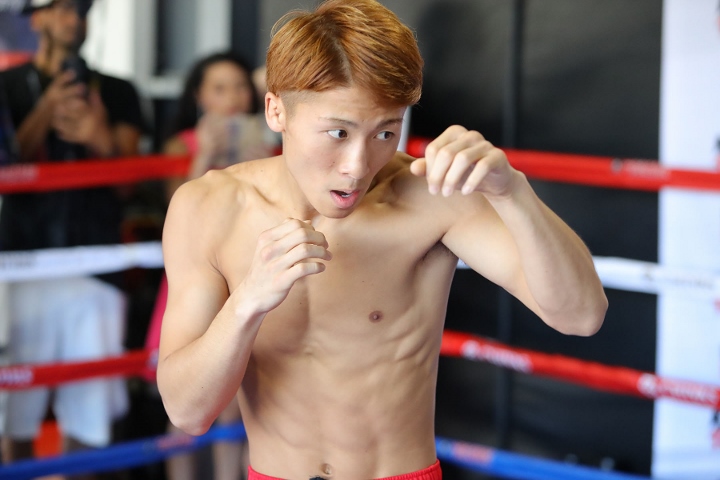 In round five, fans saw the power that has made Inoue’s reputation, a single long left to the body dropping Nietes to his knees. Nieves rose and went on but it was clear there was no victory in sight. Inoue began playing to the crowd in the sixth, dropping his hands to taunt Nieves, waving him in, and raising his arms to spur on the crowd. The crowd liked it at first but, when sensing it bordered on cruel, Inoue elicited a smattering of boos and went back to the business of beating on Nieves. It didn’t take much more of it for the corner of Nieves to determine they’d seen enough and did not let him back out for the seventh.

The official time was 3:00 of round six.

Inoue continues his second title reign after first winning a WBO Jr. flyweight title in 2014, the same year he later went on to jump two weight classes to win the title he currently holds.

[QUOTE=rrayvez;18035521]1. You wouldn't out anyone to sleep. You probably still get beat by your mom for staying in the computer too long. 2. Who cares? 3. You're anything but objective. Everyone sees your posts are all about d*ck riding all…

[QUOTE=rrayvez;18034840]blah blah blah, making up history. I'm done wasting my time because at the end of the day... I know you're a ***** who can't fight and literally posts non stop all dayong sucking off Mexican fighters because you yourself…

[QUOTE=rrayvez;18034762]what is this "we" talk? You're no boxer and you don't know anyone from Japan. You're just a loser in your mom's basement who beats off to Mexican boxers posters. And Luis Nery beating yamanaka and then testing positive for…

this guy is fun to watch. only if he had a little more power.