Murat Gassiev vs. Kevin Johnson in Play For October 31 in Sochi

Former unified cruiserweight world champion Murat Gassiev will make his heavyweight debut on October 31 in Sochi, in a ten round clash against longtime division veteran Kevin Johnson, according to information provided by the Russian boxer's team.

"The return of Murat Gassiev is planned for October 31 in Sochi. The rival is Kevin Johnson," a Gassiev team member advised Tass.

Johnson has faced a who's who in the heavyweight division, including bouts against Vitali Klitschko and Anthony Joshua. The 41-year-old boxer has a record of 35 wins (19 by knockout), 17 defeats and one draw. 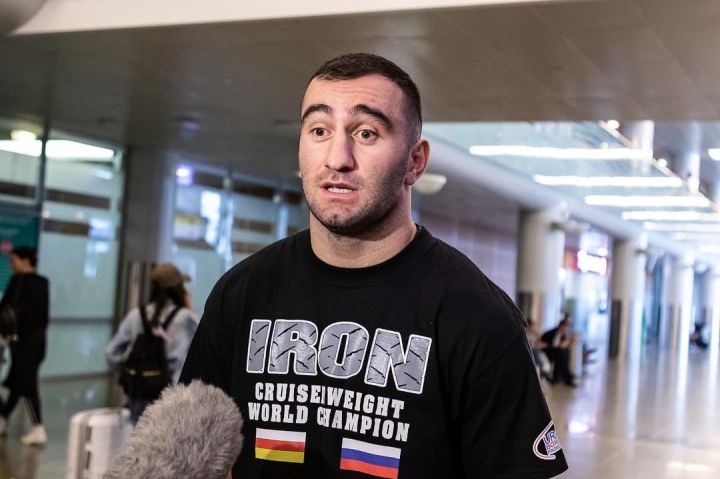 In his most recent ring outing, back in August in Germany, Johnson derailed the comeback of former world champion Yoan Pablo Hernandez. Johnson broke him down and stopped him in the seventh round.

The 26-year-old Gassiev is a former World Boxing Association (WBA) and International Boxing Federation (IBF) cruiserweight champion. He has a record of 26 wins (19 by KO) and one defeat.

Gassiev has been very inactive in the last few years. The last time he entered the ring was back in June 2018, losing a twelve round decision to Oleksandr Usyk in the final bout of the World Boxing Super Series cruiserweight tournament.

After that loss, Gassiev would announce his intention to move up in weight. Usyk also moved up in the aftermath, and made his heavyweight debut last year.

Gassiev was scheduled to fight several times in the last two years, but his heavyweight debut was constantly pushed back due to injuries and more recently the coronavirus pandemic.

[QUOTE=youbeight;20785299]Wait a minute. This the Kevin Johnson who normally gets slumped by prospects ?[/QUOTE] But he's coming off a sensational KO win!

Kevin Johnson keeps getting paydays. I hope he is being smart with that money and setting himself up well for retirement.

Finally. It must of been over 2 years since we last seen him in a ring.

Curious to see if Gassiev can stop Kingpin

A lot of people saying this is a trash fight but it’s still a good test for any HW’s first fight. He’s probably better than any of Ortiz or Joe Parker’s recent non title fights . If Gassiev gets the…