Cruiserweight Ali Trophy finalist, Russia’s Murat Gassiev, has been training in Big Bear, California under the guidance of his renowned coach Abel Sanchez prior to the biggest fight of his career against Aleksandr Usyk on July 21 in Moscow, Russia.

24-year-old Gassiev (26-0, 19 KOs) booked his place in the final via a sensational KO victory in the 12th round over Cuba’s Yunier Dorticos in Sochi in February.

“The fight against Dorticos was tough for me. He is a very strong guy with a strong mentality and a lot of heart. A real warrior who never gives up. So I was excited about the victory.”

“After the semi-final, I went back home to spent time with my family and friends in Vladikavkaz after eight months in training camp. I miss my country and city when I am in training camp, but it is part of this business, this sport. 1st of May I went back to Big Bear to train for the final.” 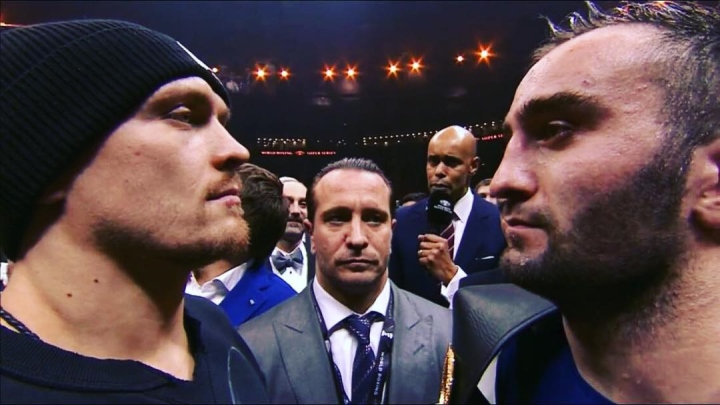 How is it to train in Big Bear?
“I love my life in Big Bear. I have the best coach in the world and great friends. In my 24 years of living, right now is the best moment in my life.”

What is your favourite way of training?
“I love training, I love boxing. I put all my time, all my heart in this sport. My favourite training is sparring. I can spar every day for many, many rounds. I have liked sparring since I was young and went to a lot of street fights.”

What is most important to you in order to become successful?
“I think for any sportsman discipline is the most important. Discipline in training, food, sleep. And you need to have a dream. For me, the dream is to become the best fighter in the world.”

Have you been training on something special for the final against Usyk?
“The training camp before the final has been the same as before my other fights. My opponent is a southpaw so I have had different sparring partners and you have to do things a bit different tactically against a southpaw. But besides that nothing has changed.”

So you are not training harder because Usyk is your opponent?
“No, I have been doing the same amount of running, physical exercising and sparring. I am not thinking about what he is doing. I need to be Murat Gassiev and do my best… I am only thinking about myself, my skills and my condition. That’s it.”

Are you happy the fight is taking place in Russia?
“I would fight anywhere in the world, but it is a plus for my mother and brother that they easily can watch the fight live. I am sure the final will be a very interesting and good fight for fans all over the world. May the best man win!”

The winner of Usyk-Gassiev on July 21 at the Olimpiysky Arena in Moscow will be the first boxer ever to win the Muhammad Ali Trophy and unify the cruiserweight titles in the four belt era.

The belts on the line will be the WBO, WBC, IBF and WBA Super and RING Magazine’s vacant cruiserweight championship strap.

TV viewers in the UK - Usyk vs Gassiev will be available to watch live as a Pay Per View Event from 7pm through ITV Box Office. Viewers will able to watch via their Sky or VirginMedia set-top boxes, Playstation Store or by registering with TVPlayer for access via a range of other devices. More details are available at www.itvboxoffice.com.

Ok .. only one thing is for sure - it will end up with first loss for one of these great fighters which is almost hard to believe and therefore makes this really great fight.. unless there is injury and…

[QUOTE=force.with.us;18928054]Good analysis however aren't You forgetting Dorticos? It was prime fighter, 12 rounds and high pace. Maybe not so skillful but otherwise helluva fighter. Also I saw quite rich skill set by Gassiev in this fight. As I said it's…

[QUOTE=Andrij;18927914]I got Usyk by late stoppage. And here is why : Gassiev never faced an elite level opponent in his prime before who is highly skilled and fights at a high pace and workrate all 12 rounds [/QUOTE] Good analysis…

[QUOTE=force.with.us;18927599]I like both fighters and following them both for long time. Real gentleman and true warriors. It's hard to pick this one but I would go with Gassiev by late rounds tko[/QUOTE] Also remember it was Briedis´s pace, workrate &…