Mikey Garcia: I Would Fight Pacquiao Similar To How Marquez Did

If Mikey Garcia gets the opportunity he has long wanted, he would approach Manny Pacquiao in a similar manner to how Juan Manuel Marquez boxed the Filipino southpaw.

Mexico’s Marquez, lauded for his ring IQ and precision, knocked Pacquiao unconscious in the sixth round of their fourth fight seven years ago. Their first three 12-round fights were extremely competitive contests that resulted in a split draw in May 2004, a split-decision win for Pacquiao in March 2008 and a majority-decision victory for Pacquiao in November 2011.

Both of Pacquiao’s wins versus Marquez were widely considered controversial. The retired Marquez emphatically ended their rivalry in their fourth fight and never gave Pacquiao an opportunity to avenge that devastating defeat in December 2012. 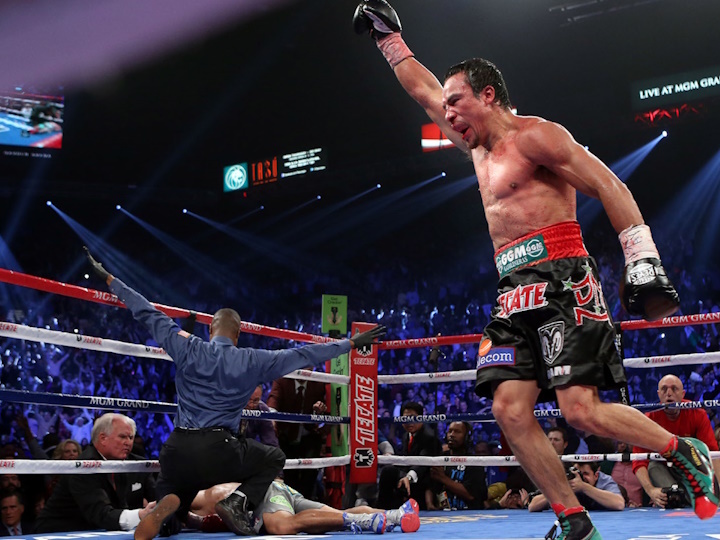 “He’s very aggressive, very experienced, very strong,” Garcia said of Pacquiao. “But I look at it as an opportunity for me to fight very smart and try to counter-punch, very similar to the way Marquez fought Manny. You know, Juan Manuel Marquez was very, very intelligent, a great counter-puncher. He did fight Manny, you know, four times. And even though he lost the middle two fights, I felt like he had won. So, I think it’ll be very similar in that way, where I can use my intelligence, my counter-punching abilities and timing to try and beat and overcome that aggressiveness and power that Manny possesses.”

Garcia has had conversations with Pacquiao’s representatives about boxing him next. Promoter Eddie Hearn wants to bring that fight for Pacquiao’s WBA “super” welterweight title to Saudi Arabia, but all boxing business is on hold during the coronavirus pandemic.

I don't think you're going to beat Manny throwing a 1-2 over and over again.

Mikey fighting is hard to watch. He’s very good at the basics Marquez on the other hand was great at the basics