Miguel Cotto Will Resume Training at Wild Card on July 3

Miguel Cotto can enjoy a month's vacation before returning to Los Angeles, California, to report to the Wild Card Gym, owned by the Puerto Rican star's head trainer Freddie Roach.

Bryan Perez, Cotto's right-hand man, told Carlos Gonzalez that they will travel to Los Angeles on June 30. It will be the third time this year that the Puerto Rican pugilist travels over to the United States for a training camp. 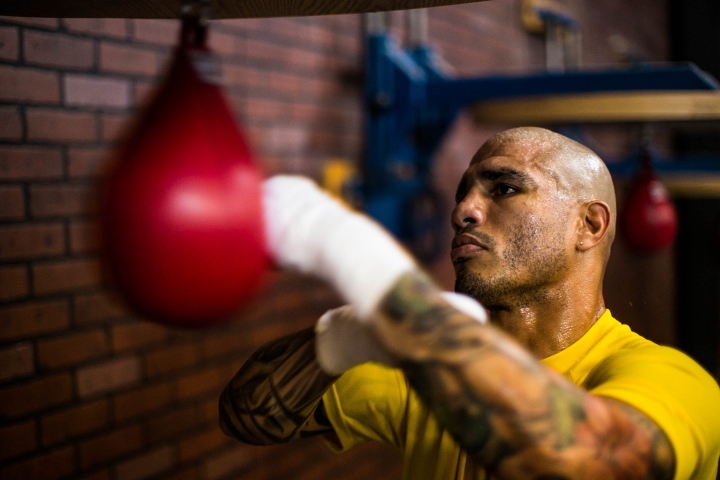 Earlier this year, Cotto completed five weeks of training at Wild Card for a scheduled HBO Pay-Per-View fight with James Kirkland in February. Kirkland allegedly suffered a fractured nose, which led to the cancellation of the entire event.

"The plan is for Miguel to start training on July 3 to complete eight weeks," Perez said yesterday.

Initially it was announced that Cotto was preparing to fight in June against Kamegai. However, the date was discarded for several reasons. That situation could have been the compelling reason for Cotto and ex-promoter Roc Nation to dissolve their contract with one fight remaining on their three fight deal that was signed in 2015.

Now that his immediate future is set, Cotto (40-5, 33 KO's) will be able to focus on establishing a strategy for Kamegai (27-3-2, 24 KO's) - and the fight become even more important after the World Boxing Organization (WBO) sanctioned the contest for their 154-pound title.

"Kamegai was the opponent that Roach was preparing me for. Freddie has a strategic plan and I do not know anything about my opponent, but that has happened many times during my career," said an unconcerned Cotto.

The first part of the camp will have trainer Gavin MacMillan in charge, because Roach is in the Philippines supervising the training camp of Manny Pacquiao, who in July 1 will face Jeff Horn in Australia.

[QUOTE=Jamie harris;17716096]You have not been a fan your a moron dude. Analyse yourself. You tried boxing. You failed. You constantly got beat your mates had to guide you away from the sport. Then you come along givong superstars life coaching.…

[QUOTE=The Time;17716018]Ok weirdo, with your out of no where comment. I was concerned with Cotto maybe overtraining, but then realized he has one of the best conditioning coaches from the Sports Science Lab, so I corrected myself in a post…

[QUOTE=Jamie harris;17715980]Should you not concentrate on cottos future please. If he listened to you hed be nothing. We dont want him on your level[/QUOTE] Ok weirdo, with your out of no where comment. I was concerned with Cotto maybe overtraining,…

[QUOTE=The Time;17714095]Must be taxing on the body to have had been training for 5 weeks early in the year in January. Then stop, start training again at the beggining of May, stop again and then come back now in the…