Martin Murray - So Close, Yet So Far

In recent years, one name on the Hall of Fame ballot always jumps out as the ultimate almost guy.

The name is Rocky Lockridge.

The late Lockridge won a couple alphabet straps and had a turn as the lineal king at Jr. lightweight, facing so many of the biggest names of his day from featherweight to lightweight. Along the way there were highs like his first round knockout of Roger Mayweather and lows like his lone knockout loss to a thundering second round right hand from Juan LaPorte.

All three of those opponents are in the Hall of Fame. It leaves the feeling that a round here or there, for Lockridge and so many other fighters over the years, is the thin line between enduring mass recollections of greatness and just having a fantastic career most fighters can only dream about, bad luck and all.

The uncomfortable moments, for Murray and the men who managed to hold their belts in his other challenges, are a razor’s edge of possibility.

The almost moments on the Murray ledger might not be Pedroza, Gomez, and Chavez but with a round here or there…

In 2011, Murray traveled to Germany to challenge Felix Sturm for the WBA strap at middleweight. Strum was coming off a contentious decision over Matthew Macklin. The Murray fight looked closer but, at the finish, there was again reason to think Sturm had escaped by the skin of his teeth. One judge saw it for Murray, another for Sturm, with the third even. Three minutes seen different on that even card was the difference. 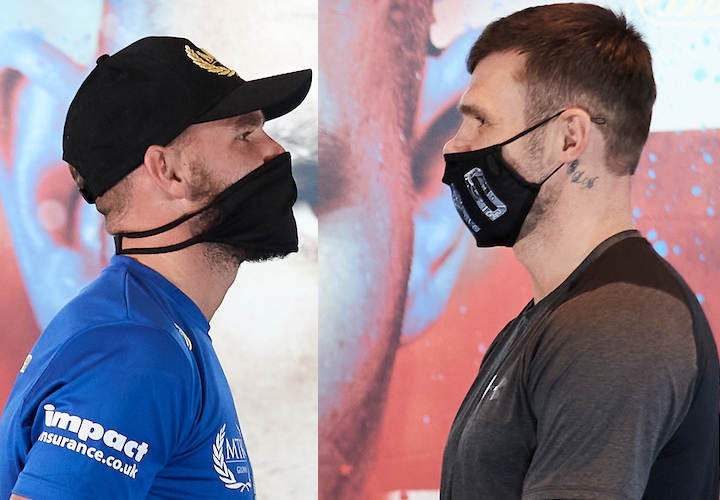 Fast forward to 2013 and Murray was on the road in Argentina to challenge lineal and WBC middleweight king Sergio Martinez. Martinez’s homecoming came on the heels of one of the most dramatic one-sided fights of the decade. Martinez painted a masterpiece on Julio Cesar Chavez for most of eleven rounds only to suffer a near decapitation in the final frame. Despite an eighth round knockdown for Murray, a late surge for Martinez held the challenger at bay. It was close, and the feeling was Murray let it slip away but there was a tenth round trip to the floor that could have, probably should have, been scored a knockdown against Martinez as well.

Three fights after taking Golovkin into the eleventh round in February 2015, enduring a bashing along the way, Murray would again come up just short on the road. Venturing again to Germany, he challenged Arthur Abraham for the WBO super middleweight belt in November of the same year. Murray would lose a point for holding in the eleventh and lose a split decision, winning one card and losing two others. One of the losing cards, 115-112, again fell into the round or two, here or there, category.

Murray has had a long, honest career and should be recalled as one of the steady contenders of his day. There’s nothing wrong with that and yet it’s so fascinating to think about the difference roughly a half a dozen rounds have meant to him. A resume with Sturm, Abraham, and Martinez in the win column might not have been the stuff of legends but it’s certainly a different and differently celebrated career.

Will Murray have enough to find the extra round or two that has so often bedeviled him in what could be his last chance to snare a major title? Saunders is a crafty sort and might not let it get that close. Time may well have already run out.

And for Murray, and so many more fighters than can often be recalled, time will always be slippery. His career is a reminder of how precious every block of three minutes really can be not just on a given night but for years afterwards.

The teeth gnashing about what the successful buyrate for Tyson-Jones means for boxing is a little silly. A unique novelty event, and a well produced one at that, speaks to the enduring popularity of Tyson and the time away. Let’s recall, Tyson’s last two real fights were also on pay-per-view against Danny Williams and Kevin McBride and they weren’t blockbusters. It doesn’t have to be an indictment of the current boxing scene for a novelty to do well...Errol Spence-Danny Garcia gets closer by the second and the more one thinks about it, the more interesting it gets...Julio Cesar Martinez-Francisco Rodriguez is a solid, red meat support bout for Saul Alvarez-Callum Smith...December’s slate is a strong close to a strong rebound action wise for boxing. Stop and think about how much quality we’ve had since September. It’s a good time to be a boxing fan.

[QUOTE=IronDanHamza;20926368]:lol1: Eubank beat Blackwell after he lost to Saunders[/QUOTE] Oh ****. I got my timeline mixed up. I guess Eubank Jr is the lineal champ right now. Although arguably Ryota Murata is the lineal champ if you don' think Khomitsky…

[QUOTE=giacomino;20925937]Difference was Lockridge won belts. Murray keeps getting chance after chance because he has good promoters, gives an honest effort but doesn't have any power, so not a big threat. The fact that he's getting another title fight says more…

Whoever wrote this is lying big time about Lockeidge on the Chavez fight, it was a one sided whopping in favor of Chavez.