Two of the leading Russian promotional companies are having their joint debut show in 2019 this coming Saturday in Estosadok, Russia. Aram Davtyan’s Punch Boxing Promotions and German Titov’s RCC Boxing Promotions are teaming up once again to provide a bunch of interesting matchups to the fans using their deep pool of prospects and contenders.

Leading the scheduled 10-bout card is a fight between a pair of lightweight prospects in Pavel Malikov and Vague Sarukhanyan for the regional Eurasian Boxing Parliament title.

RCC Boxing Promotions’ Malikov (14-1, 6 KOs) used to own regional belts by the WBA and the WBO and was getting closer and closer to become a contender until he ran into a sturdy opponent in former world title challenger Daud Yordan April last year. The Russian fighter struggled to keep himself in the fight against his more experienced foe and eventually came up short by knockout in eight-frames. Malikov, though, put himself together and came back in style with a second-round destruction of the normally durable Ernie Sanchez this past October. 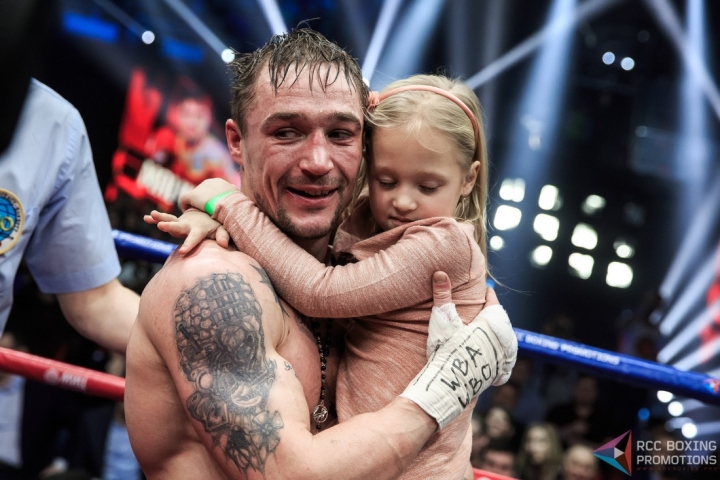 The 28-year-old Sarukhanyan (19-2-1-1, 4 KOs) is one of the better prospects in Davtyan’s stable. The Armenian-born, Russian citizen boxer also collected regional titles by the WBC in the past and currently is in a two-fight winning streak following a setback a year ago against Hurricane Futa.

The matchup between Malikov and Sarukhanyan is a great crossroads bout continent-wise with the winner getting one step closer to the international level in the exciting lightweight division.

In the co-feature bout of the evening, Oleksandr Ivanov will square off against long-time contender Konstantin Ponomarev in a ten-rounder.

The Ukrainian-born, Russian-native Ivanov (16-4, 8 KOs) had an intensive last year that he finished with a 2-1 record, losing by decision in a knockdown-filled battle against fellow prospect Eduard Skavynskyi sandwiched in two nice wins over Vazir Tamoyan and Dmitry Mikhaylenko.

Ponomarev (34-1, 13 KOs) had been viewed as a potential world champion for years while being promoted by Top Rank in the USA but eventually got released from the promotional giant in 2017 after he failed in delivering showcase performances when needed the most. Though he grabbed a pair of wins in tune-ups in early 2018, his obvious issues regarding his confidence ultimately lead to a shocking ten-round split decision loss to Sergey Vorobiev in the summer of last year in Moscow.

Shafikov (40-4-1, 20 KOs) is currently on a two-bout win-streak following a terrible 2017 saw him losing a pair of important fights by controversial decisions in the USA. Gadzhialiev (6-1, 4 KOs) is a 27-year-old prospect who lost his ‘O’ in his last bout by close but unanimous decision after being dropped in the opening session by Georgi Chelokhsaev last November in Ekaterinburg. The latter is being managed by powerful Los Angeles-based businessman Vadim Kornilov.

Talented welterweight prospect Gor Yeritsyan is looking to stay busy against Argentinian Maximiliano Leonel Scalzone (16-3-1, 12 KOs) in a scheduled 8-round contest. Yeritsyan (9-0, 8 KOs), who is one of the flagship fighters in Punch Boxing Promotions, stepped out to the international level last summer with impressive victories over veteran Ali Funeka, Jose Luis Prieto, and Alvin Lagumbay. The Armenian also grabbed the WBO Youth belt in December against the Filipino Lagumbay but later had to vacate it after he turned 24 years old at the culmination of 2018.

The rest of the card offers prospects in action on their way to catching up with the professional atmosphere. Alexander Sharonov, Timur Kerefov, Vyacheslav Letovaltsev, Igor Adleiba, and Oganes Ustyan all step into the squared circle against separated opposition on the show that takes place at the Galaktika Culture Centre in Estosadok.