Matthew Macklin, who several years ago was stopped by Gennady Golovkin, believes his former foe looked old on Saturday night.

Golovkin barely survived a challenge from Sergiy Derevyanchenko at Madison Square Garden on Saturday night. GGG won a very close twelve round unanimous decision with scores of 114-113, 115-112 and 115-112.

With the win, Golovkin reclaimed the IBF, IBO middleweight titles. 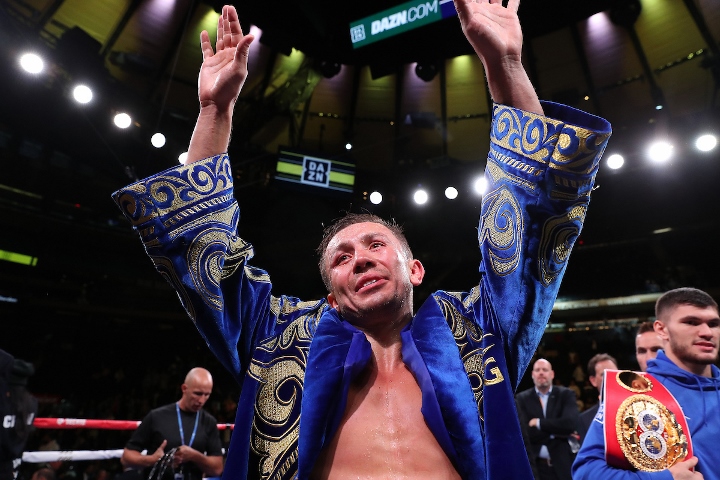 Canelo had no interest in facing Golovkin for a third time.

Golovkin and Canelo fought to a controversial twelve round split draw in 2017. They came to the ring a year later, and Golovkin suffered his first career defeat when he lost a twelve round majority decision at the hands of Canelo.

Canelo will head up to the light heavyweight limit of 175-pounds to challenge WBO champion Sergey Kovalev.

"I think Canelo will jump at the trilogy now after that," Macklin said to Sky Sports.

"Golovkin looked old in there tonight. Taking nothing away from Derevyanchenko, he fought a great fight. At 37, he [Golovkin] did look it in there tonight. It was a really good fight, Golovkin started so well in the first few. The body shot in the fifth was the turning point and it really hurt him.

"Those middle rounds, Golovkin fought his way back in, but he started to look tired. Derevyanchenko's stock has certainly risen in defeat."

Don’t agree, guys lost one fight and even that is debatable. GGG was a phenomenal fighter in his prime which is now sadly over. I hope there is not further fight with Canelo as it will be very one sided…

If Canelo thinks GGG is vulnerable it should make him less scared. Hopefully he will take the fight now.

Not sure if Golovkin didn't work as hard on his fitness for this fight, or if Derev's body shots in the 3rd simply did that much damage. The question overshadowing a potential trilogy is; is Canelo really so emotional that…

[QUOTE=sammybee;20105358]GGG, Jacobs, Canelo and Derevychenko are making the 160 division very exciting by fighting one other. I hope the 147 division will take a cue from this.[/QUOTE] Meanwhile Boo Boo is sitting over in the corner all by his lonesome…

[QUOTE=Gamboal00;20106208]Great footwork = backpeddling and running in your book lol! Boxing's not for you dummy.[/QUOTE] yeah great footwork is just doing shuffle dance and moving forward. go get your brain checked dweeb.