Luis Ortiz: Wilder Won't Respect Fury; Might Knock Him Out

The dangerous Cuban contender suspects Wilder won’t respect Fury when they fight again, presumably because Fury doesn’t punch as hard as Ortiz hits. That’ll likely lead, according to Ortiz, to Wilder finishing the job this time against the lineal heavyweight champion.

“Me and Fury are two completely different fighters,” Ortiz said during a post-fight press conference Saturday night at MGM Grand. “I don’t believe that Wilder probably will respect Fury in a rematch, and [they] might have the same outcome by knockout victory.” 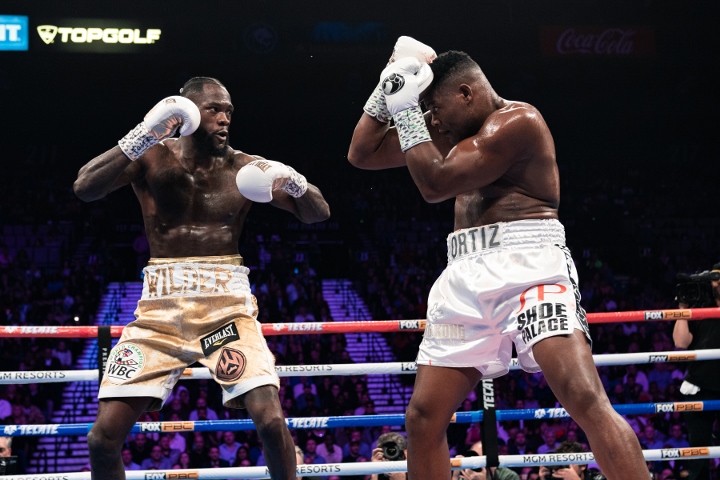 Late in the seventh round, he drilled the skillfull, powerful southpaw with an overhand right that knocked Ortiz flat on his back and emphatically ended their scheduled 12-round rematch.

Ortiz was ahead on all three scorecards at the time of the stoppage.

The heavy-handed Wilder’s seventh-round stoppage of Ortiz ensured his place in a more anticipated rematch versus Fury.

They signed contracts for their second bout even before Wilder opposed Ortiz a second time. The Wilder-Fury rematch is tentatively scheduled for February 22 at a site to be determined.

Wilder (42-0-1, 41 KOs), of Tuscaloosa, Alabama, floored Fury twice in their first fight – once apiece in the ninth and 12th rounds. England’s Fury (29-0-1, 20 KOs) survived those two knockdowns and battled Wilder to a controversial, 12-round split draw last December 1 at Staples Center in Los Angeles.

[QUOTE=Gamboal00;20211720]I don't have to think it, Fury proved he's scared by not taking the immediate rematch and bizarrely taking the option to sign another deal and fight two absolute unknown Euro punch bags. He could have made megabucks from a…

[QUOTE=pugil1st;20211585]It would definitely be a different fight. Throwing a jab at southpaws is dangerous. Wilder was understandably cautious. I think you will see a higher punch count against Fury and his body should be the focus for the first 5…

[QUOTE=Laligalaliga;20212240]Wilder made so many statements after the 1st fight. Which are we suppose to take serious?[/QUOTE] Doesn’t really matter, the outcome will though in the rematch. May the best man win.

Fury will have to avoid Wilder the entire fight and Wilder has shown he's better in rematches. Fury has fought tomato cans since the last Wilder fight and quite frankly he has avoided any legitimate challenges since surviving against Wilder…