Earlier this week BoxingScene.com reported that Dereck Chisora was the frontrunner to face Dillian Whyte on December 22nd in the United Kingdom.

Whyte won a close twelve round split decision over Chisora in the fall of 2016.

Last week, Ortiz responded to comments made by Whyte in which he claimed that the Cuban priced himself out of a fight.  Ortiz first told BoxingScene.com that he wanted to face Whyte on the Deontay Wilder-Tyson Fury undercard and then doubled down saying that he would travel to the UK to fight him in his backyard. 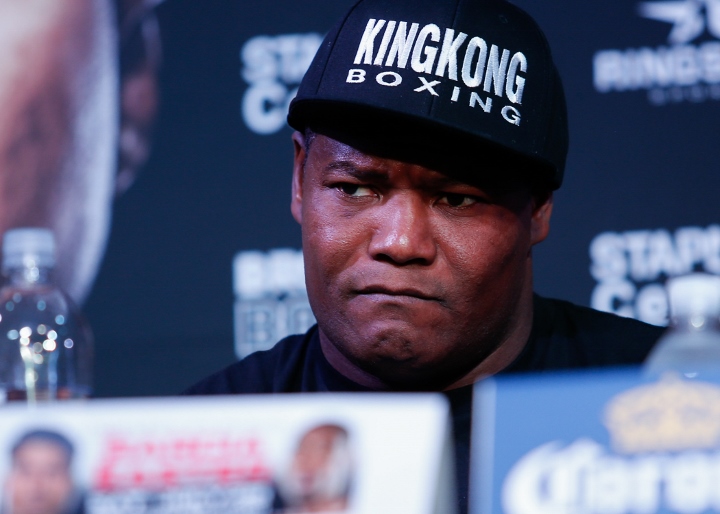 Ortiz's manager Jay Jimenez confirmed that they likely won't be facing Whyte next but that they could be returning the UK in the near future.

"Eddie and I are working on maybe doing a big money three fight deal for Luis Ortiz so it looks likely to happen soon. Eddie could make Luis a big star in the UK," Jimenez told BoxingScene.com.

Ortiz may still end up on the Wilder-Fury card, which takes place on December 1 at Staples Center in Los Angeles, but Jimenez is very confident that his fighter will end up in a big fight soon.

"At the end I think (Al) Haymon and Luis Decubas Jr. will give the best choice for Luis 'King Kong' Ortiz so I’ll wait on them. So far they have been great and have delivered the best fights," said Jimenez.

Ortiz almost had Wilder out on his feet in their exciting March showdown. Wilder recovered and ended up stopping Ortiz in the 10th frame. Ortiz returned to action in July and stopped Rozvan Cojanu 2 rounds.

If sign with them mke it mandatory want Joshua then Whyte/chisora n possible rematch with Joshua or Wilder fury because Joshua has a ? Chin n is not that atletic Joshua and Ortiz would be epic

I hope Ortiz isn't dumb enough to sign a fight deal with Hearn again. The last time Hearn just used it to keep him away from Joshua. Same thing again here. Stall him for another year and a half, then…

wasnt he with Hearn at first?

[QUOTE=Randall Cunning;19202879]Heavyweight card. Parker vs Chisora, Allen vs Browne, bloody Zhang Zhilie vs Price[/QUOTE] If that came to pass, I will be in Wembley in that night

With Chisora getting the Whyte fight, Ortiz is learning about Hearn.