Lubin's Coach: Ishe Smith is About To Get All That Smoke!

The show will go on after all.

When Hugo Ruiz stepped in to replace Abner Mares against WBA super featherweight champion Gervonta Davis on February 9th, the entire card was saved. Boxrec.com lists a whopping 16 fights as slated to take place that night in Carson, California.

One of the fights that will take place on the undercard is former champion Ishe Smith (29-10) squaring off against young upstart Erickson Lubin (19-1). Smith is attempting to bounce back from back to back defeats while Lubin is looking to pick up his second win in a row. 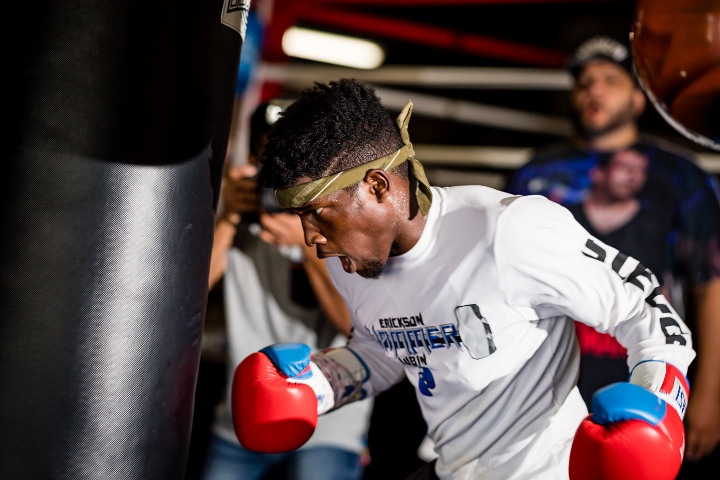 When the fight was first announced, Smith took to his verified Twitter account to explain why he accepted the fight,

"When it’s all said and done, I will be respected for fighting any and everyone from my generation, even these young ninjas, as they say now I days, I want all the smoke...As Diego (Corrales) would say, F*** it, it’s gonna be me or them, killed or be killed..."

Both fighters have made comments and stated their cases on why they are going to be victorious.  Smith has stated that he has been in with the best and that Lubin can't bring anything that he hasn't already seen while his 23-year-old opponent insists that he hasn't ever fought anyone with the skill set that he possesses.

Lubin's trainer Kevin Cunningham took it a step further and said that Smith, who has never been stopped in his career, is about to get exactly what he asked for in that tweet.

"Ishe said he wants that smoke? Well he’s about to get all the smoke!" Cunningham told BoxingScene.com.

His coach words cant fight for him if he could AB would of beat pacman, Smith can time Lubin with the straight right its night night for Lubin its been proven he cant take it on the chin.

Well Lubin IS supposed to win this fight. But I think there are still questions with Lubin that has many of us thinking Ishe could be more competitive than maybe he should be here. So basically I'm lowkey interested in…

Trainers and fix two things a heart or chin, Lubin has every advantage but can still be caught, Never Forget!

Smith is a difficult style for anyone to look good against, am not surprised he is still around. I think he is still here because he had a good defence and hasn't taken a lot of damage in the sport,…