Jermell Charlo can’t see any reason why he should have to fight Erickson Lubin again.

Charlo knocked out Lubin, his mandatory challenger, with one perfectly executed right hand in the first round of their fight for Charlo’s WBC super welterweight title in October 2017. Lubin is 4-0 since Charlo beat him, however, and is once again the WBC’s number one contender for Charlo’s championship.

“I’m not gonna necessarily say he’s avoiding me because he took the first fight and did what he had to do in the first fight,” Lubin said. “So, I mean, psychologically I know he’s probably feeling like, you know, he sees the process and he see how much I’ve matured inside the ring. And, you know, maybe he’s just like trying to like maybe catch me when I’m vulnerable or something, you know? But right now is not the time. You know, I’m a very dangerous fighter right now and nobody at 154 pounds can beat me. Right now, as we speak.” 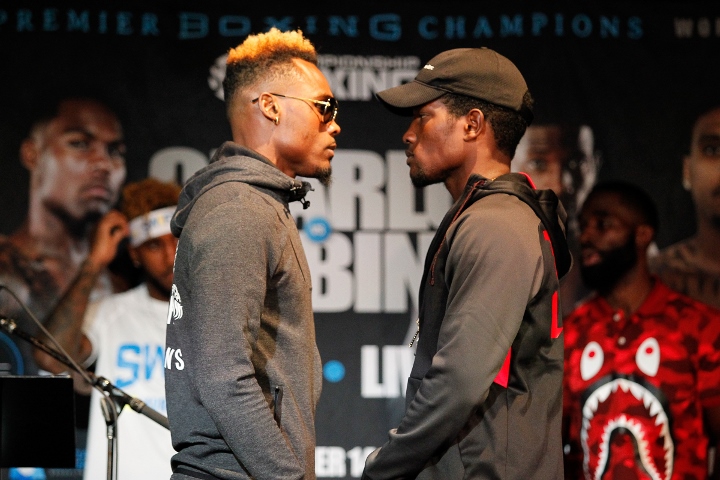 The 24-year-old Lubin (22-1, 16 KOs) defeated contender Nathaniel Gallimore (21-4-1, 17 KOs) by 10-round unanimous decision in his last fight, October 26 at Santander Arena in Reading, Pennsylvania. Gallimore is the only opponent who has beaten IBF/IBO/WBA 154-pound champion Jeison Rosario (20-1-1, 14 KOs), who lost by sixth-round technical knockout to Gallimore in April 2017.

In his previous three bouts, Lubin stopped journeyman Silverio Ortiz, former IBF junior middleweight champ Ishe Smith and veteran Zakaria Attou. Charlo acknowledged Lubin’s improvement during a recent appearance on “The PBC Podcast” and predicted that the southpaw from Orlando, Florida, will win a junior middleweight title at some point.

“He see what’s going on,” Lubin said. “I know he sees what’s going on. He see that I’m with [trainer] Kevin Cunningham. He see what I’m doing to these fighters that, you know, most of the division is having trouble with. And, you know, he’s just trying to buy time. I feel like he’s trying to buy time. Or he’s trying to find a different route, or end up moving up or something. You know, I’m not ducking no smoke. Jermell Charlo’s a great fighter. I’m not taking anything away from him.

His first-round TKO defeat was crushing, but Lubin learned a lot about himself and the people around him in its aftermath.

“It didn’t just play a role inside of boxing,” Lubin said. “It played a role outside, too, because I feel like, you know, it helped me. It was like a character-defining type of, you know, loss. You know, when I lost, I was trying to rebuild and trying to see who’s still with me, who’s my friends and like, you know, I was still trying to figure out things.”

Lubin admits that moment might’ve come too soon for a 22-year-old contender, but he doesn’t regret challenging Charlo (33-1, 17 KOs) when their fight occurred at Barclays Center in Brooklyn.

Imo, Lubin can do much better this time around, but he needs to stop the silly psychic readings on Charlo’s intentions. Lubin jus needs to be prepared to do the damage that he should’ve done in the first fight. Surprisingly…

Lubin got caught early and wasn't ready. But now it's different. Charlo can be hit easily and Lubin is a sharp shooting southpaw.🥊