Lipinets: I'd Fight Broner or Berto Next - I'd Try To KO Broner!

Lipinets made his welterweight debut earlier this month, in a tougher than expected majority decision win over Erick Bone in Uniondale, New York. It was Lipinets' first victory since suffering a decision loss earlier this year to Mikey Garcia.

“ I’m still a work in progress, and I’m working on things as I adjust to the new weight class. Every fight from here on, I’m going to come in better and better, ” Lipinets said to Premier Boxing Champions. 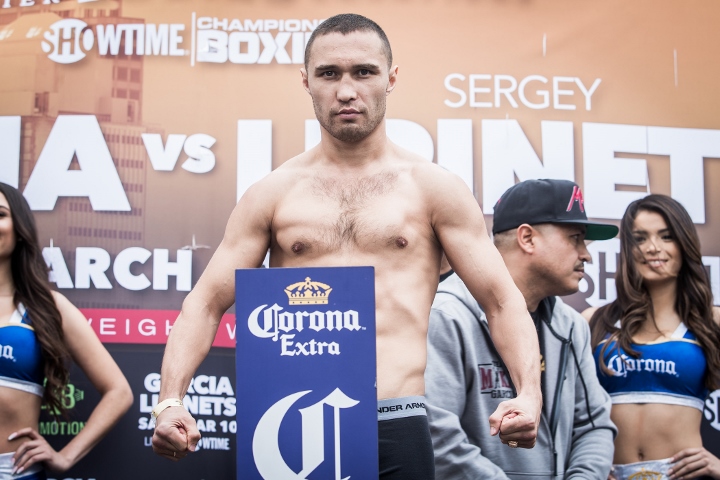 Lipinets believes his power is still there, but admits he made a few minor mistakes before and during the contest with Bone. Mistakes that he won't repeat in the future.

"The power is there, but Erick Bone was a difficult guy to fight, so we got some rounds in. I was a little sluggish because, being the first time at 147, I ate too much after the weigh-in," Lipinets said.

"I felt heavy and a little off in my footwork, which will change in my next fight. Erick Bone is not an easy guy to hit, but when I did land, he felt my punches. The only guy who stopped Bone is Shawn Porter."

As far what's next, Lipinets is willing to face either Adrien Broner or Andre Berto next - both former welterweight champions.

"Adrien Broner, of course, is on my hit list. I would fight Broner at a weight as high as 154. It doesn’t matter. I believe styles make fights, and Broner and I would put on a great show. I definitely believe that I will win, and, of course I would try to knock his ass out," Lipinets said.

"Andre Berto looked good beating Devon Alexander, and I would take a fight against Berto tomorrow. He’s a straight, come-forward guy who likes to bang, and I can do the same thing."

I would love to see Broner get knocked out, won’t be this guy.

AB is difficult to be knocked out.

this guy is so garbage. barely beats japanese journeyman, loses to garcia badly, gets debatable decision over bone. why even try with this guy?

I love the attitude but he won't get either1. Theres no upside in beating him atm. Hes gonna have to work at 147 to get the fights.

He wouldnt KO Broner or Berto. I'd pick both to beat him at 147.