Lerrone Richards, the British and Commonwealth super middleweight champion, had his first fight and first win under the Matchroom banner as he recorded an eight-round points win over Finland’s Timo Laine in a fight lacking any highlights on the Saunders-Murray bill at the SSE Arena, Wembley.

It was routine stuff for Richards as Laine seemed only interested in damage limitation. With Laine barely throwing a punch, it came down to Richards to force the pace. For three rounds he seemed content to just box, but he opened up in the fourth and drove Laine back into the ropes.

But Laine showed no indication that he was going to go over and Richards mostly just went through the motions, opening up in the dying seconds, but not really putting much of a dent in Laine. Referee Bob Williams scored it 80-72. 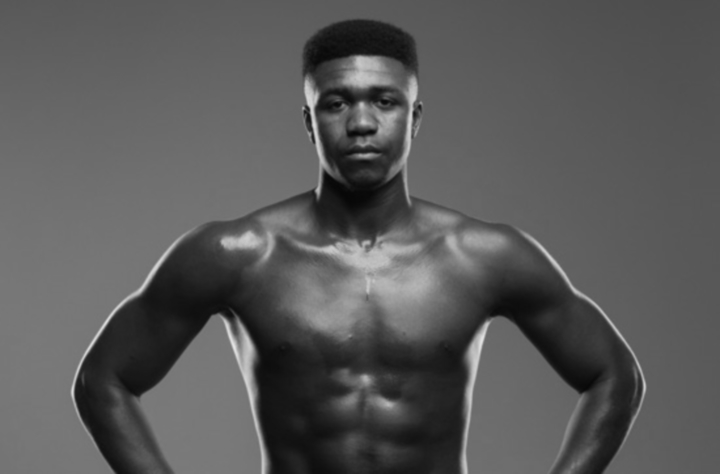 Shannon Courtenay got back to winning ways after losing her unbeaten record to Rachel Ball in August, stopping Dorota Norek, of Poland, in the seventh round.

“The fight was scrappy, I got greedy with the right hand, but I knew I had to catch her flush to knock her out, because she was tough as anything and running at me like a bull,” Courtenay said.

It was a dominant performance by Courtenay who was too heavy handed for Norek and finished matters with a huge right hook, which spun Norek round before she fell face first into the ropes.

Norek came out aggressively at the start and while she forced Courtenay back into the ropes, she crowded her work. Courtenay weathered the early assault and started catching Norek with clean hooks. By midway through the second round, Courtenay was teeing off on her opponent as Norek was looking tired.

From the third round onwards, the Polish boxer was more circumspect, standing off and making Courtenay chase her. Courtenay was well on top, landing well to head and body. It took her until the seventh to pin Norek down, finishing her off with a big right, referee Williams waving it off as she rose from the knockdown at 1:35 of the seventh round.

Donte Dixon extended his unbeaten record to five, but was forced to work hard to repel Angelo Dragone, running out a points winner over six rounds at featherweight.

It was an interesting clash of styles. Dragone put Dixon under constant pressure and often walked through Dixon’s punches. Dixon was light on his feet, showed some nice moves but was kept honest throughout.

Dragone came out aggressively at the first bell, forcing Dixon to battle hard to stick with him. Towards the end of the round, Dixon was starting to find his range and tagged Dragone with some short hooks. In the third, Dragone got on top, catching Dixon clean and walking him down. After that, though, Dixon found his rhythm, moved round well and through some neat combinations.

In the final minute of the last round, Dixon opened up and pushed for a stoppage, landing clean and rocking Dragone, who gritted it out and held on for the final bell. Referee Williams scored it 58-56.

Telford was down in the first, as Edmondson landed a three-punch combination, finished with a left hook that crashed into Telford’s jaw.

Edmondson finished the round on top and went for it at the start of the second. But Telford rode out the storm and was starting to find his feet until Edmondson found an opening again late in the third round, landing well with a straight left and following it up with both hands until Telford hit the floor.

He was allowed to continue, but after two more hard rights got through, referee Williams stopped it at 2:22 of the third round.

The fight between Zach Parker and Cesar Nunez was called off after a member of Nunez’s team tested positive for COVID-19.

[QUOTE=Mick Higgs;20929139]I thought he was due to defend against Willy Hutchinson next month.[/QUOTE] He vacated

I thought he was due to defend against Willy Hutchinson next month.

Shouldn’t you be showing the pics of the women rather than this clod?