Sochi, Russia  - In a sad twist of once promising career, formerly top-rated Russian welterweight Konstantin Ponomarev (34-2, 13 KOs) lost for the second consecutive time against yet another barely credible (to his record and to his former level of opposition) opponent in Alexander Ivanov (17-4, 8 KOs) - this time in a quarterfinal of the President's Cup (Russian national Cup).

Ivanov, 24, easily outboxed Ponomarev, 26, with an excellent use of lateral movement, great timing and range choice and overall finesse.

Ponomarev was repeatedly hit with flush punches, missed much and couldn't find his distance. 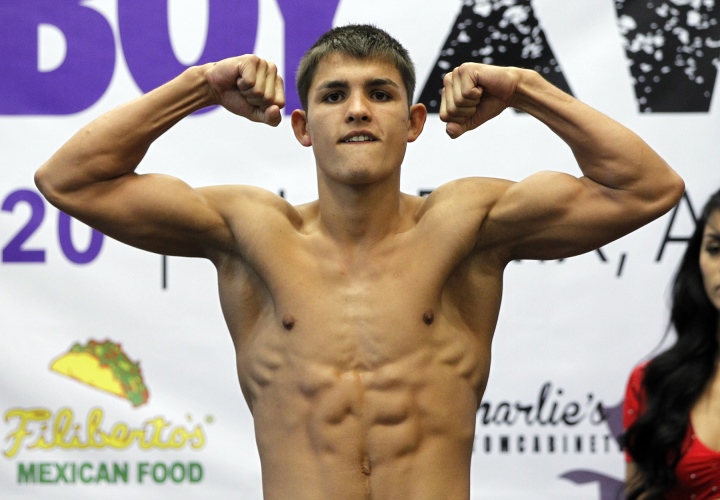 Both Pavel Malikov and Vage Sarukhanyan suffered career-derailing setbacks in 2018, losing on a hard kayos to Daud Yordan and Hurricane Futa respectively.

Only one could have his career rebuilt in their mutual collision, and it turned to be Malikov, who decisioned his opponent in strange fashion, to acquire a vacant Eurasian Boxing Parliament lightweight title and a pass to a quarterfinal of the President's Cup.

The fight was a perfectly balanced clash between a slugger in Malikov and a technician in a taller Sarukhanyan. Malikov presed forwared with a clear goal to hirt his counterpart, while Sarukhanyan was boxing circles around the slagger, making an old cliche of the Matador and the Bull vivid. Both had their moments of success. Both were briefly down on flash knockdowns: Sarukhanyan - at a mid-point, Mailkov - in the closing seconds of the last round.

Final scores proclaimed a draw: 96-92, 92-96, and 94-94 resulting in a draw. But the winner of the fight was defined by a so-called extra judge (whose name wasn't revealed) who had it 95-93 - for Malikov. It remains unclear, how this result will be reflected in record books but, at least, Malikov advances further on.

Ponomarev really sucks, don't know how he got as far as he did as a domestic level fighter

He is a dumbfuk who twice backed out of eliminators and now back to the rock he climbed out of. He cant fight worth a sht and has the defense of a dead worm.

Now we need Vorobiev vs Ivanov

Top Rank knew what they were doing when they had him duck Errol Spence.

It's a good thing he ducked Spence.