Kavaliauskas-Zewski ESPN+ Weigh In Report From The Bubble

Egidijus Kavaliauskas and Mikael Zewski are set to meet at the crossroads.

The pair of welterweight hopefuls both made weight for their scheduled 10-round main event, which airs live from The Bubble (MGM Grand Conference Center) in Las Vegas (Saturday, ESPN+, 7:30 p.m. ET).

Lithuania’s Kavaliauskas (21-1-1, 17KOs) weighed 146.5 pounds for his first fight since a failed title bid in a 9th round stoppage to unbeaten welterweight beltholder and pound-for-pound entrant Terence Crawford last December. 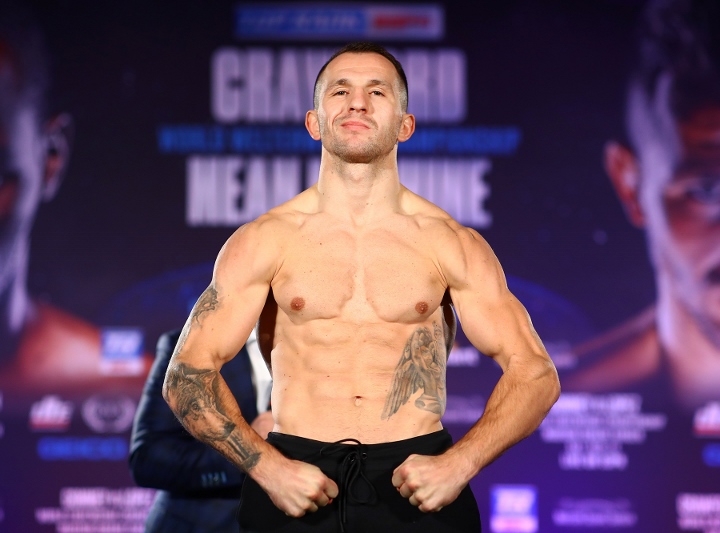 Quebec’s Zewski (34-1, 23KOs) checked in at the welterweight limit of 147 pounds for his first fight since last November.

The evening’s chief support sees Miguel Marriaga making his way to the ring for the first time in 2020, doing so on his third try as he faces Los Angeles’ Joet Gonzalez in a 10-round featherweight bout.

Colombia’s Marriaga (29-3, 25KOs) weighed 125.9 pounds for the occasion, coming two months after making weight in The Bubble for an eventually canceled clash with Philippines’ Mark John Yap who showed up nine pounds over the limit for their July 16 clash. Gonzalez (23-1, 14KOs) did his job at the scale, weighing 125.8 pounds for his first fight since a 12-round title fight loss to Shakur Stevenson (14-0, 8KOs) last October.

Marriaga was due to challenge for Stevenson’s featherweight title this past March at Madison Square Garden in New York City, only for the event to get canceled during the initial wave of the ongoing coronavirus pandemic.

Also on the show:

Manuel Flores (8-0, 5KOs) was a slim and fit 117.3 pounds, while Jonathan Rodriguez (8-0, 3KOs) weighed 118 pounds for their six-round battle of unbeaten bantamweights.