Joshua: When Wilder Signs Contract - We'll See What He's About!

This Saturday night, Joshua will step in the ring with WBO champion Joseph Parker in a very anticipated unification from the Principality in Cardiff, Wales.

Wilder was scheduled to be ringside for the contest, but changed his mind a few days ago after Joshua, and his promoter Eddie Hearn, rejected his request to enter the ring in the post-fight aftermath to go face to face with Joshua. 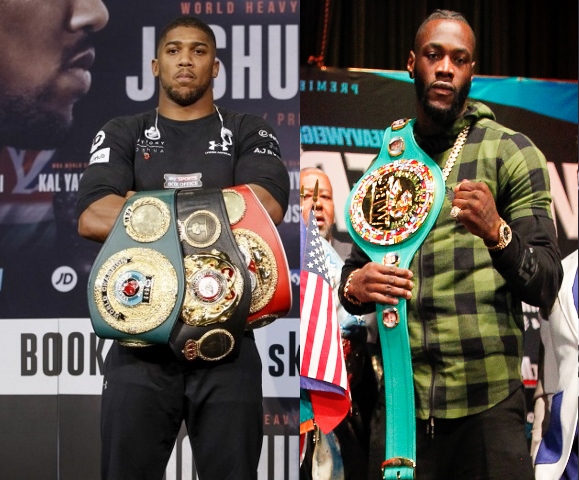 Wilder believes Joshua is scared to take the fight - but the British superstar says his words have no meaning until he actually becomes realistic with his financial demands and signs a contract.

"He goes around America shouting 'bomb squad' and that he is the WBC world heavyweight champion but, only when he’s ready to sign the contract, will we find out what he’s really about," Joshua told Evening Standard.

When sizing up Wilder and Parker, Joshua views the New Zealand champion as the tougher challenge of the two.

"If I had to compare both fighters, I would say Parker is the more dangerous opponent. Wilder has an unpredictable style and explosive power whereas, with Parker, he has a bit more of an all-round game as you can talk about his speed, stamina and his good chin."

Should Parker pull off the upset, there is a rematch clause and likely a second fight with Joshua would get booked for some time in the fall. If Joshua wins, he would then be pressured to fight Wilder next - but there is talk of facing WBA mandatory Alexander Povetkin and unbeaten contender Jarrell Miller.

This whole back and forth is tiresome now.

[QUOTE=Curt Henning;18616302]does it really matter if the other guy has a belt when you are considered that much of a favorite?[/QUOTE] It could do because it’s added pressure for Joshua being that he could potentially have 3 of the 4…

[QUOTE=NaijaD;18616297]Fair enough but I still asked you to tell me if anyone has ever signed a future contract against another opponent while facing a current champion. Seems you’re 1 for 2 then.[/QUOTE] does it really matter if the other guy…

[QUOTE=Curt Henning;18616288]good for him what I said proved my point that AJ is a bigger fave over parker....than canelo was over Chavez yet somehow golden boy was able to make a deal with k2 before the Chavez fight so basically...I…

[QUOTE=oscar9992;18616285]Not surprise at all... AJ will be a massive favourite against Wilder too.[/QUOTE] good for him what I said proved my point that AJ is a bigger fave over parker....than canelo was over Chavez yet somehow golden boy was able…