Fury vs. Joshua is currently the biggest fight in the sport.

Joshua has to make a mandatory defense against Kubrat Pulev in the coming months, while Fury is contracted to have a trilogy fight with Deontay Wilder - which promoters are hoping will take place before the end of the year. 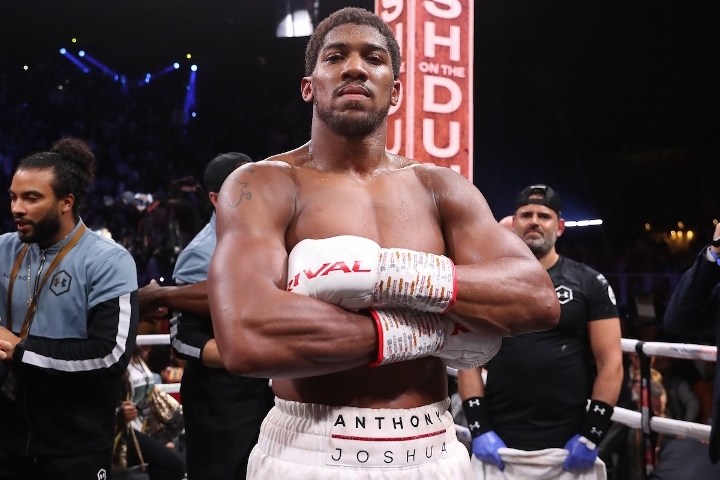 Should both world champions retain their titles, their showdown will likely happen - if a deal can come down - in 2021.

If they meet in the ring, Fury has promised to beat down Joshua. He believes the contest will be a one-sided wipeout, with Joshua getting stopped inside the distance.

Joshua feels that he learned a lot from his TKO defeat at the hands of Andy Ruiz - and he promises to bring those lessons to the ring when he faces Fury or anyone else.

"You know what? There will be even bigger [fights in my career] because I’m not going anywhere. I’m here to make history. I’m hungry, I’m fired up, Fury’s just another opponent at the end of the day. It’s going to be big for everyone else but I’ve got to keep myself together and I look at Fury like he’s just another fighter," Joshua said.

"Whoever steps in front of me now will know I'm not looking to go back down. When I'm fighting Pulev or when the opportunity to fight Fury for the WBC for the they’re going to see what it’s like for a man to lose it all and won it back, a man that’s experienced those turbulences doesn’t want to go through that again."

It will be a brutal KO win for Joshua. Fury will go into that fight to box and he's going to get figured out from 4. Buuuummmmmm... He's out of there by 10

[QUOTE=denium;20574197]You're bold I'll give you that. May the best man win. AJ does utilise good tactics, but they come from McCraken, i don't think AJ has much of a boxing brain. A lot of people think Hrgovic is a bit…

[QUOTE=pollywog;20573934]Fury's biggest advantage in training is, he would have Joseph Parker as sparring partner who could emulate Joshua's style. AJ could maybe get Baby Hughie to play Tyson lite but I doubt it...[/QUOTE] Yeah but Joshua has the advantage of…

[QUOTE=REDEEMER;20574120]AJ will be the aggressive counter puncher. Hit him with combos and that uppercut is going to find the mark at some point,AJ is the best finisher in the game when he has you hurt ,he is accurate and not…

[QUOTE=Bunch Pag;20574010]Just another respectful interview/reply from Joshua and it causes hysteria... Can box or can't box, he gives respectful interviews when reporter's fish for dirt...[/QUOTE] Agreed, damn AJ for being so likeable lol. Fair play, he comes across as a…