Joshua: I Hope Wilder Wins in 9, So I Can Say I Did It Earlier

Joshua faced Breazeale back in June 2016, and stopped him in seven rounds

At the time it was one of Joshua's longest fights and it still remains as the only defeat on Breazeale's record. 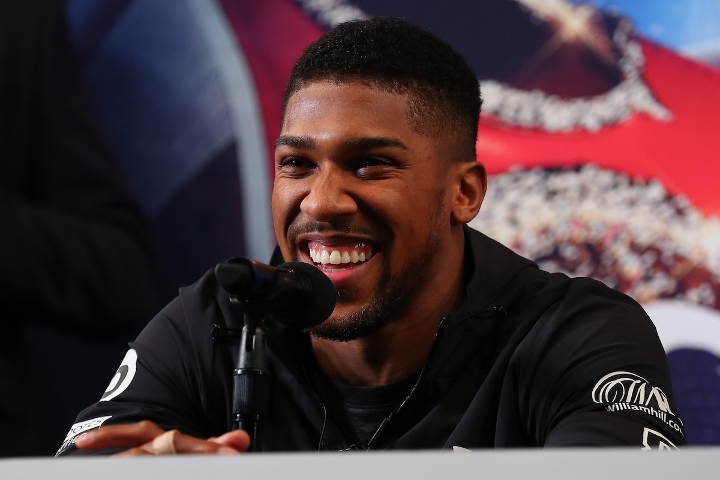 Willder will collided with Breazeale at the Barclays Center in Brooklyn, New York. The bout will be carried by Showtime and Sky Sports.

Joshua, who is currently training in Miami, makes his United States debut on June 1 when he faces Andy Ruiz at Madison Square Garden in New York City.

"Styles make fights, I think Wilder will fare well against Breazeale. I think Wilder is too quick, he's a very, very fast heavyweight, but Breazeale is tough, took me seven rounds. I hope Wilder does it in nine, so I can be like 'hey I done it earlier'. You know how it is, comparisons and stuff, but yeah it will be interesting to see.

Joshua has a lot of respect for Breazeale and believes the California fighter is very durable and capable of creating problems for Wilder.

"When I looked at his interview after and I saw his face, I said wow you definitely took a beating, and he stayed in there," said Joshua.

"He got hurt in the second round, stumbled, stayed on his feet. Come game, it's a world championship fight, that's what I'm saying. Breazeale at the time, he may not have been Wladimir Klitschko, but he came and put up a fight."

[QUOTE=Curt Henning;19741482]have fun man...I was in sec 9 for wilder/Ortiz down near the bottom...great atmosphere....I wanted to go to this one but have a lot going on this month already with graduations/birthdays/travel.....im gonna hold out for spence/porter[/QUOTE] Thanks Curt. This…

I think Wilder gets rid of Breaz in 3

[QUOTE=Jax teller;19741785]More than one expressing their wishes to be impregnated as a Male Heavyweight?:fing02:[/QUOTE] Potentially the dumbest statement ever posted on boxingscene

[QUOTE=theface07;19742133]You never know but [B]that shouldn't be hard[/B]. Parker didn't even deserve to win that fight and I like Parker. Good thing he was in Kiwi land.[/QUOTE]I agree, that should not be hard at all!

[QUOTE=1hourRun;19739666]Anthony, basing your assumption of superiority in Dominic's endurances and chin is something that I would expect from a peebrain meathead as yourself.[/QUOTE] I would love to see what Wilder's IQ is so you would be forced to eat your…