Joshua Doubts He'd 'Get Away' With Making Statements Like Fury

IBF, IBO, WBA, WBO heavyweight champion Anthony Joshua has given Tyson Fury, the WBC champion, a lot of praise for his work as a mental health advocate.

At the same time, Joshua believes he would never be allowed to get away with some of the statements and antics that were put together by Fury.

Fury is no stranger to controversy and there were several times when he came under fire for some of his comments. 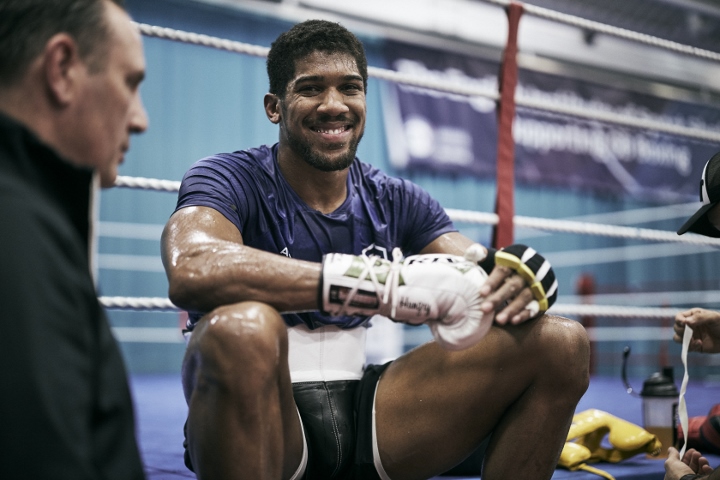 A fight with Fury is highly anticipated in the sport.

"The day he and I are going to fight is the only time really that I should be talking about Tyson Fury and I don’t really want to be in that position where I am talking him down. He says a lot of controversial things, and I know if that was me… I just think he gets away with a lot. But the work he has done around mental health has been very impressive," Joshua told The Sun.

"I didn’t understand how much mental health issues had played such a big part in society, and I think that Tyson Fury is such a big guy, a heavyweight champion of the world, and it means that people can look at him and think, well if Tyson Fury can go through this well, I shouldn’t be so scared to talk. Tyson has done so well with this. And that is what I am happy to talk about with Tyson Fury. But all the 'jumping on him like the little fat boy did' stuff, that is all irrelevant.

"He is a great person and he has done great things in boxing, but until the day we fight that is where it ends and I don’t have anything else to say about him. I really want the belt he holds and that is where I stand."

Joshua is slated to make a mandatory defense against Kubrat Pulev in the coming months.

Fury is contracted to have a trilogy fight with former world champion Deontay Wilder - which is being targeted to take place in the fall. Fury stopped Wilder in seven rounds back in February to capture the WBC title.

[QUOTE=RJJ-94-02=GOAT;20592395]As long as they can fight. I don’t really care what they say. (Within reason of course) But AJ is the last person who should be taking the moral high ground, considering his past. I just think he’s a bit…

[QUOTE=Lenharvey;20592377]Right - fuk off Joshua. I can’t think of any fighter who has been given as many touches as him. Escaped drug dealing charges so he could box abroad and in Olympics. Lost 2 fights and one could’ve gone either…

[QUOTE=RJJ-94-02=GOAT;20586714]Coming from the guy who said: “Superior black race”. AJ is either delusional or just plain stupid...[/QUOTE] Right - fuk off Joshua. I can’t think of any fighter who has been given as many touches as him. Escaped drug dealing…

[QUOTE=BangEM;20587153]He never said that. Fury was the one who said that. [B]Fury[/B] ‘[I]A woman’s best place is in the kitchen,[/I]’ Tyson Fury says [url]https://www.irishtimes.com/sport/other-sports/a-woman-s-best-place-is-in-the-kitchen-tyson-fury-says-1.2454523[/url] The only thing Josh said that was a tad controversial with feminists was a comment he…

[QUOTE=Boxviewer;20587425]Kid, it's certain that you will go uncurable mental the night AJ sends Fury to bed. Lol.[/QUOTE] Lol Nah bro, not like a Wilder fan. If that happens (it won't, but you can dream) I will be here to say…