Joseph Parker vs. Mariusz Wach in Play For Garcia-Vargas Card

Polish heavyweight giant Mariusz Wach made a very good account of himself in Saudi Arabia last month, when he lost a ten round decision to top contender Dillian Whyte as part of the Anthony Joshua-Andy Ruiz undercard.

And that performance has earned him another payday against a top opponent, as Wach is waiting to sign a contract to face former WBO heavyweight champion Joseph Parker on February 29th in Texas, as part of the Mikey Garcia vs. Jessie Vargas undercard. 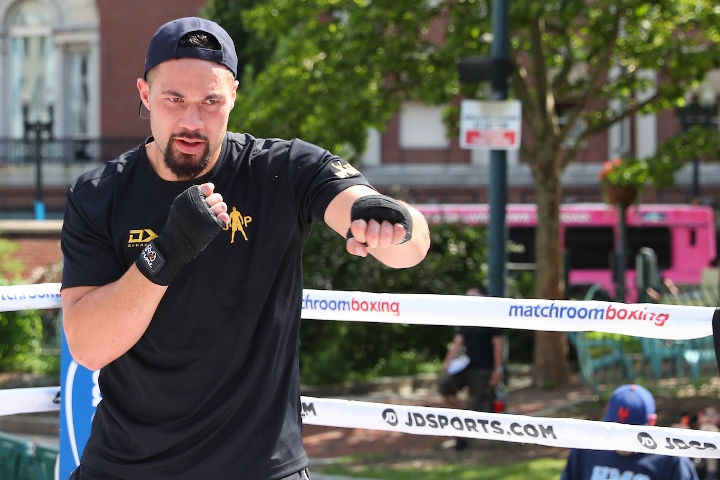 Last year, Parker was scheduled to face Derek Chisora in October, but the New Zealand star was forced to withdraw after becoming sick due to a spider bite.

Because of that withdrawal, Parker has been inactive since stopping veteran Alex Leapai last June in Providence, Rhode Island.

Wach still has a respectable record of 35-6, with his only stoppage coming at the hands of Alexander Povetkin.

"We are waiting for specifics, documents that will have to be signed," Wach told Telewizja Polska Sport in Polish, according to News Hub.

"I will sign, send back and you will probably see me at the end of February with Parker. It would definitely be an interesting fight. Parker is fast and dynamic, but somehow I will have to compensate. I watched many Parker duels. I saw him boxing. During training and sparring it did not differ."

"I will have four weeks of sparring. I think it's enough time to prepare properly," Wach said.

Parker is training in Las Vegas, when he is also helping close friend Tyson Fury prepare for his scheduled rematch with WBC champion Deontay Wilder.

[QUOTE=Blond Beast;20346084]That’s the thing isn’t it. I mean it’s hard to predict what ur gonna see from Parker. I come from a Rugby family, and I know how good of athletes islanders can be. He still looks raw in there,…

[QUOTE=Sid-Knee;20346014]Telling the truth of Whyte coming in at nearly 2 stone over weight and his head being up his arse is excuses? No, the creepy shlt you come out with are excuses. And those of a seriously damaged individual. You…

[QUOTE=Straightener;20344330]:lol1: another thriller coming up from Parker[/QUOTE] That’s the thing isn’t it. I mean it’s hard to predict what ur gonna see from Parker. I come from a Rugby family, and I know how good of athletes islanders can be.…

[QUOTE=Jkp;20345960]The unknown euro bum he lost to for European title.[/QUOTE] Kabayel is pretty decent actually. Well, he was when on performance enhancers. Parker fighting that version of him on away soil would be tough. And, as I've said, Chisora has…

[QUOTE=Jkp;20345958]Whyte has been fat and out of shape his whole career. Nothing new. Stop making excuses for his awful performance on an awful card, in an awful country.[/QUOTE] Telling the truth of Whyte coming in at nearly 2 stone over…