Diaz busted up Carneiro with big punches until he was a bloody mess and the slaughter finally came to a close at the end of the third.

This was Diaz's second fight of 2016. He fought back on January 30th as part of the Kovalev-Pascal II undercard at the Bell Centre in Montreal and stopped opponent Abraham Gomez in two easy rounds. The 24-year-old only saw action twice in 2015 with knockout victories over Luis Arcio and Alejandro Rodriguez. 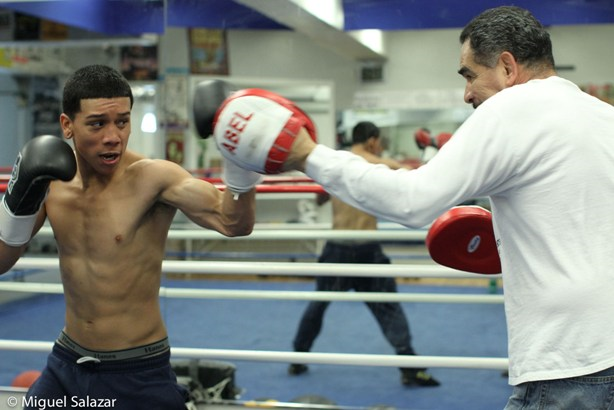 The return of former world champion Rico “Sauvecito” Ramos (24-6, 12 KOs) saw an eight round unanimous decision victory over Justin Savi (28-6-2, 18 KOs). Savi went down in the first round. The scores were 79-72, 79-72 and 77-74. This was Ramos' first bout back in the ring after getting knocked out in three by Claudio Marrero last July.

Virgilijus Stapulionis (27-3-1, 19 KOs) shocked the perfect record of Nathaniel Gallimore (13-1-1, 10 KOs) with a ten round split decision win. The fight had drama and fireworks, with Stapulionis badly cut and down in round five, but coming back to have Gallimore in serious trouble in the following round.

Stapulionis has now won four straight since going to a draw with Eamonn O'Kane in September of 2014.