Joe Cordina endured just the type of fight Saturday that provide prospects with the type of experience they need during the developmental stages of their careers.

“The Welsh Wizard” defeated determined Mexican veteran Mario Tinoco by unanimous decision in a 10-round junior lightweight fight at Casino de Monte Carlo. Cordina expressed respect to the hard-hitting Tinoco following their fight that indicated Cordina knew it was tougher than two of the scorecards showed (98-92, 98-92, 96-94).

Facing a competent, tough opponent was particularly important for Cordina (11-0, 7 KOs) in this fight because it marked Cordina’s first appearance at the 130-pound limit since his pro debut in April 2017. Eight of Cordina’s prior nine fights were contested at the lightweight limit of 135 pounds, while one was contested just above the junior welterweight maximum of 140. 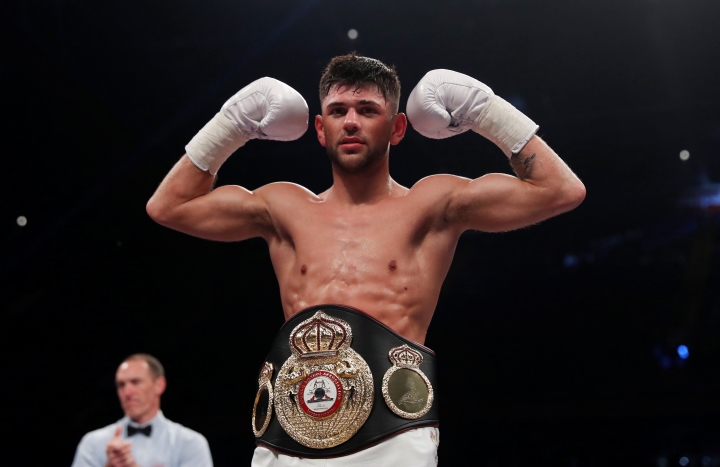 The 27-year-old Cordina, who represented Great Britain at the 2016 Summer Olympics in Rio de Janeiro, couldn’t hurt Tinoco. He proved, though, that he could take hard shots from Tinoco (18-6-4, 13 KOs, 1 NC), who has only been stopped once in his nine-year pro career.

“Don’t get me wrong – he was tough and quite awkward,” Cordina said. “And obviously, I’m moving down in weight. So, I just had to sort of find my feet in there a little bit. I didn’t wanna rush out and just in case I blew it, just because of losing the weight. But I felt fine. I felt perfect, and got the win comfortably. I didn’t feel under pressure at any point. Don’t get me wrong – he can whack and he’s got a lot of knockouts, which his record shows. And he can dig. I was wary of that power from early on. But after I got in a rhythm, it was fine. He was no threat at all.”