Jean Pascal: Marcus Browne Will Run Like a Chicken and Hold

Top rated light heavyweight Marcus Browne (23-0 16 KOs) let it be known that he plans on knocking former world champion Jean Pascal (33-6-1 20 KO 1NC) out, and quickly, when the two meet in the ring on Saturday night at Barclays Center in Brooklyn, New York.

In the main event of the card, unbeaten Polish star Adam Kownacki and former title challenger Chris "The Nightmare" Arreola  will collide in a high stakes heavyweight bout. A loss for Arreola would mean the end of his career.

Opening up the televised portion of the show, Brooklyn's Curtis Stevens and Wale Omotoso will trade punches in a junior middleweight encounter. 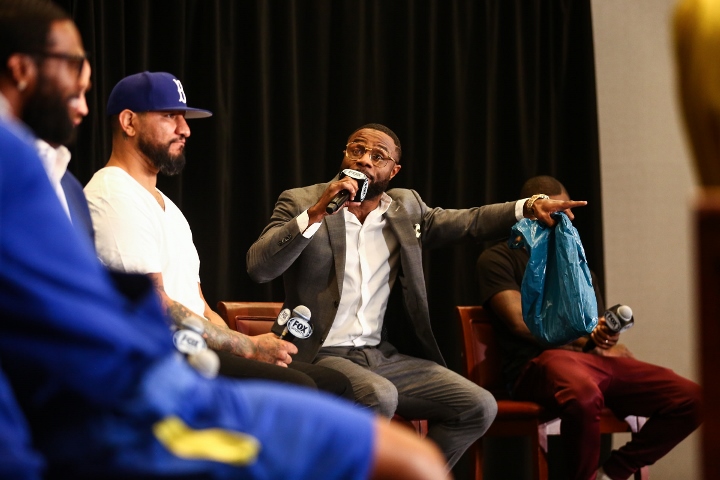 Pascal is near the end of his career. He actually retired last year, but then made a decision to fight again.

He believes Browne lacks the experience and the skills to win their bout.

"Marcus has been saying that he's going to go in there and try to knock me out, but I'm no amateur. I know what his game plan is going to be. He's going to run around the ring and try to hold. We all know he's the best at running like a chicken," Pascal said.

"When I was Marcus' age, I was already a world champion. He was watching me on TV when he was at the Olympics. How is he going to knock me out? I think without the cut that Badou Jack had in their fight, he would have knocked Marcus out.

"I'm ready. I'm a solid fighter. I've fought the best, so I don't think Marcus will be able to knock me out. I'm too good all-around for Marcus. This is my chance to show that I still have a lot of gas left in the tank. I'm still good enough to fight at the very top level of the sport."

[B]"We all know he's the best at running like a chicken,"[/B] Pascal said. I think I know someone else like that. Does this ring a bell? :lol1:

Browne should fight Bivol next, should've been him instead of retired Pascal