Jarrell Miller will insert himself back into the heavyweight picture on July 9 when he makes his Top Rank debut in Las Vegas against contender Jerry Forrest as the headliner for a show set to be staged on ESPN, multiple sources informed of the fight told BoxingScene.com.

The 31-year-old, Brooklyn born-and-based Miller was banned from the sport last year after testing positive for multiple performance-enhancing drugs, right before he was set to face Anthony Joshua in June 2019 at the Madison Square Garden In New York. 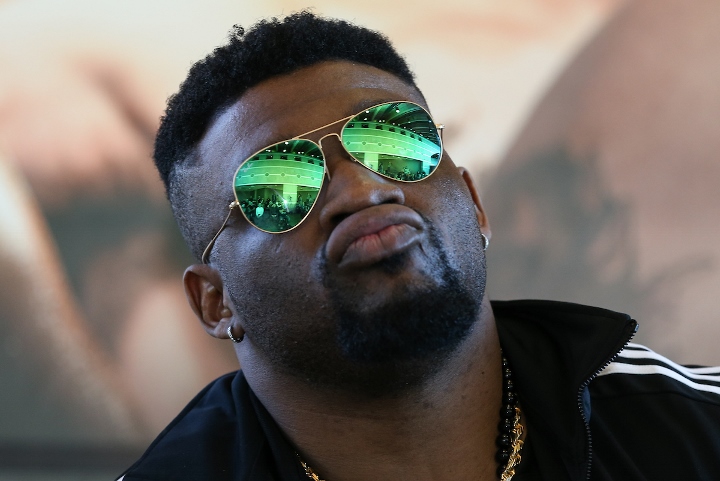 A testy news conference to announce the fight took place, but shortly afterward, Miller failed his drug tests and fumbled the opportunity for the fight of a lifetime. Instead, Andy Ruiz took his place on short notice and upset Joshua to become the first ever Mexican heavyweight champion of the world.

Forrest continues to be matched tough. He was supposed to fight undefeated Croatian and 2016 Olympics bronze medalist Filip Hrgovic in April on the undercard of the Regis Prograis versus Maurice Hooker matchup that never materialized due to Covid-19.

In January, “Big Baby” resurfaced into the boxing scene when he signed a multi-fight, co-promotional deal with Top Rank. Miller is also co-promoted by Greg Cohen Promotions and Salita Promotions.

“Minor setback for a major comeback. I’m coming for everything and everyone. No one is safe. Say hello to the bad guy,” Miller said during the announcement. “Everyone wants to portray the superhero. We don’t live in a sunshine world. I’ll never be the superhero. In my world, the majority of the time, the villain wins.”

Back when Miller was a kickboxer in 2014, he served a nine-month ban from the California State Athletic Commission after testing positive for methylhexaneamine in 2014.

Miller was last in the ring in November 2018 and scored a TKO win over Bogdan Dinu.

“Jarrell Miller is serious about coming back, doing things the right way and becoming heavyweight champion of the world,” said Top Rank chairman Bob Arum when he signed a pact with the fighter. “He is one of boxing’s most unique and exciting characters, but most importantly, he can fight."

Manouk Akopyan is a sports journalist and member of the Boxing Writers Assn. of America since 2011. He has written for the likes of the LA Times, Guardian, USA Today, Philadelphia Inquirer, Men’s Health and NFL.com.. He can be reached on Twitter, Instagram, LinkedIn and YouTube at @ManoukAkopyan or via email at manouk[dot]akopyan[at]gmail.com.

jerry forrest is a tree

[QUOTE=Elotero;20614268]I thought the best were going to have to fight the best because of all the quarantines? These fkn matchups have gotten worse!!!! Jerry Forrest??? Quit with the bum fights, come on now!!!![/QUOTE] Calm down dude. A non-juiced Miller could…

[QUOTE=OnlytheTruth;20615180]Maybe thats the stance the WBC are taking for Whyte, and Whyte alone :rofl: [/QUOTE] You'd think some decisions the WBC come out with, they've been on too much Whyte stuff.....

Am not sure why but am kinda excited to see him back, even though he cheated, i kinda like his energy. On a negative note he didn't really serve a long ban.