Belfast’s James Tennyson (22-2, 18 KOs) knows that the odds are not in his favour when he meets Tevin Farmer (26-4-1, 5 early) for the IBF Super featherweight title at the Boston Garden yet the 25-year-old challenger believes that he can cause an upset and put himself into a great position to provide for his family.

The fight takes place on the undercard of Billy Joe Saunders’s WBO middleweight title defence against Demetrius Andrade on October 20, and Tennyson believes the form that saw him beat Martin Ward in five in May for the European and Commonwealth titles will be enough to get him past Farmer.

“Farmer's a good fighter, he's good on his feet but I have watched quite a bit of him and I believe he is very beatable,” he said when speaking to David Kelly of the Belfast Telegraph Online.  “I believe he'll not be able to stand with me.

“I feel I can dominate him, he's not going to like the pressure and the pace.  I don't think he has been in with someone who can bring the intensity that I can round after round.  He hasn't had that style in front of him.  I think that is going to be a big, big factor.” 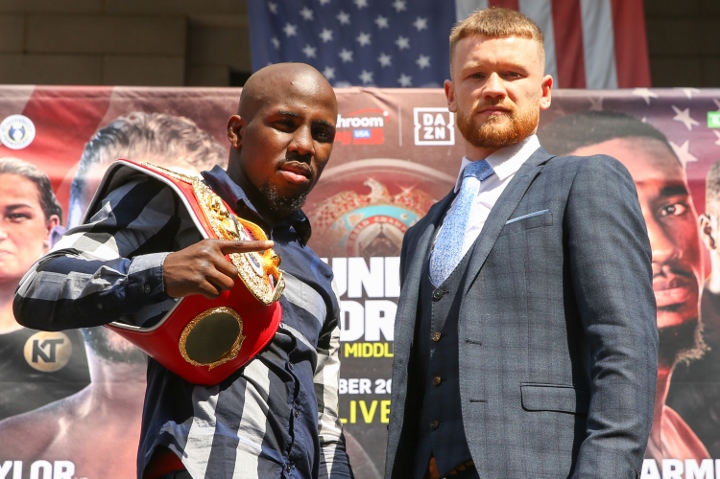 He added: “It's very exciting to make my USA debut in a world title fight, that's just massive.  I'm going out to give a good account of myself, get a good win and make a big impact on world boxing.”

Tennyson’s partner is expecting their first child, she will be on site to witness the fight and a win would certainly provide the young family with the platform required to secure big paydays down the line.

“This can be a life-changing opportunity,” he said.  “We have a baby on the way and thankfully my partner Carli [Livingstone] can travel so to get the win would be a great way of setting us up for the future.  This would mean everything to me.”

hes going to get beat