Jackson Picks Canelo To Win, Believes Kovalev is Cashing Out

New York - If there is anyone that can speak to the mega-fight between Canelo Alvarez and Sergey Kovalev (34-3-1, 29 KO’s), it’s the former trainer who guided Kovalev to his unified championship run at 175-pounds, John David Jackson.

The two had a massive falling out in the aftermath of Kovalev's back to back defeats to Andre Ward. But during their title run, Kovalev was regarded as one of the most feared fighters in boxing.

While Jackson likes the fight, he feels like his former boxer is cashing out while he can.

“It’s a good fight,” Jackson told BoxingScene.com. “The way I look at it he’s cashing out. If he loses, he don’t care he’s getting a nice piece of money. He’s on the decline of his career, when we were together he was there. He lost a few fights but he’s still dangerous." 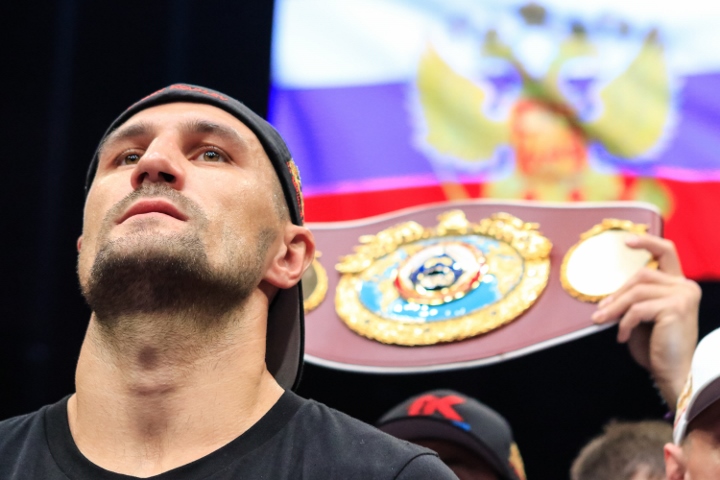 They key to the fight is Canelo’s (52-1-2, 35 KO’s) ability to work the body and Sergey’s inability to fight on the inside, according the Jackson

“Canelo has to go to the body and close distance,” explained Jackson. “Sergey needs distance to punch. If you watch his last fight, inside is not his game. So Canelo has to be smart and stay inside and work the body.

"But you can’t sell Sergey short, if he can hit you, he might change that whole night for everyone. He’s dangerous till it’s over. Canelo has to be the one attacking and go to the body. You’ll get him because his body is weak. Weak for a lot of reasons but those are his problems”

Although he picks Canelo to win, all it takes in boxing is one shot and Jackson knows that his former pupil still carries one of the hardest punches in the sport.

“I see Canelo winning the fight but one shot is all it takes so Sergey has a shot,” stated the trainer. “Canelo takes a pretty good shot but can he take that kind of shot? Kovalev hits him with the right shot then what? I still pick Canelo.”

The fight will take place on November 2nd at the MGM Grand in Las Vegas, and it will be carried on the streaming service DAZN.

[QUOTE=RL_GMA;20066324]it's hard for me to really believe we're going to see even 75-80% of the Kovalev that Ward fought let alone having just fought in late Aug and almost being stopped. However you rate that win for Canelo is upon…

Of course it’s a cash out but so what He made no bones about it in an interview before the Yarde fight that he wants to make as much money for his family as possible. Can’t knock that.

This cheese eating RAT contacted Ward’s camp behind Kova’s back before their second fight, talking about switching camps and working for Virgil’s Gym. Meanwhile Kovalev been putting food on his table for 10 years with his fists and blood. And…

[QUOTE=Gatoloco3;20067479]If Jackson was still training Kovalev, he would not be saying these things! Man talk about sour apples![/QUOTE] Es la neta gato..the truth

Its the truth..canelistas are tryin to sell this as a great fight. Bivol was available doe