Former British cruiserweight title challenger Jack Massey got back to winning ways with an eight-round points decision over Mohammad Ali Bayat Farid on the Dubois-Joyce undercard at Westminster.

In was pretty routine stuff for Massey, who stayed busy, boxed at range, and defused the threat of Bayat, who spent most of the fight looking to land a big shot.

Massey, who lost a hard-fought points decision to Richard Riakporhe in his last fight last December, built up a big early lead that left Bayat chasing the fight. Referee Victor Loughlin scored it 79-74. 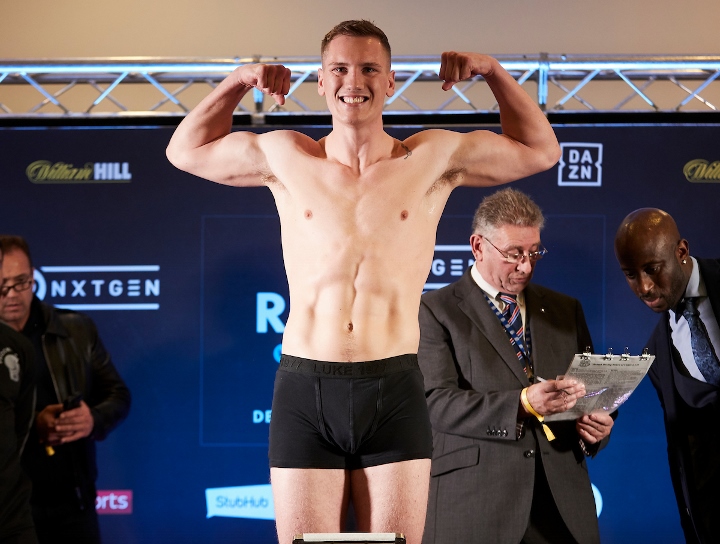 Bayat, from Iran via Dubai and Glasgow, was on a five-year 12-fight winning run, which had taken him to Hungary, Spain, Croatia, Germany and Scotland, but early on he just walked after Massey, who picked him off with his jab.

He had a little more success when going to the body, but, despite boxing on the retreat, Massey landed well enough to have marked up Bayat’s face by the fourth round.

It took until the sixth round for Bayat to put Massey under any consistent pressure, as he forced Massey back onto the ropes, but Massey regained his control in the seventh saw the final round out with little risk.

Three fights were held before the start of the BT Sport broadcast.

Joshua Frankham won his second successive fight, taking all four rounds in a 40-36 points win over Matt Hall at welterweight.

In the opening bout of the evening, heavyweight Mitchell Barton won on his professional debut, taking a 40-36 points victory over Matt Gordon.