Ishe Smith Decides To Retire from Boxing After Stoppage Loss

Eddie Mustafa Muhammad, Smith’s trainer, instructed referee Jack Reiss to stop their fight following the third round because Smith had taken too much punishment.

The 40-year-old Smith has been in the ring with several champions and prospects at both 154 and 160 pounds over his long career, winning some and losing some. One that had never happened to the Las Vegas native prior to tonight was a loss by stoppage. 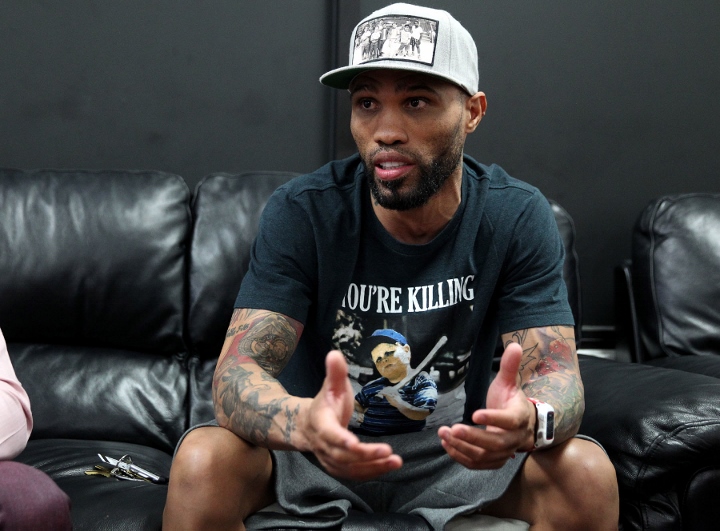 The loss was the third in a row for Smith who lost competitive bouts to Tony Harrison and Julian Williams in the other two fights.

Smith took to his Facebook page shortly after the loss and praised Lubin and said that it was time to call it a day.

“Great shot, I never seen it or recovered after it, no excuses, we don’t make them from my era. This is a young man's game, I have did everything I wanted to do in my sport, I love you all, love my city, love my friends, my fans, and most importantly my family. I want to be around, grow old, watch my kids get old and married. I’m calling it a day, I wanna bullsh*t and get fat, seen what this game will do to people, it’ll f*** you up,” Smith wrote.

Smith made history in 2013 when he became the first Las Vegas born fighter to capture a world title when he defeated Cornelius Bundrage in his hometown of Detroit.

[QUOTE=The D3vil;19505511]He got a late start He fought tough guys like Alfonso Gomez, Norberto Bravo, David Estrada, Sergio Mora, and Fernando Guerrero. All tough guys for anybody. Gomez fought 17 world champions in his career. He fought under unfavorable conditions…

Good decision. Smith is a bum and his promoter is a joke.

[QUOTE=FinitoxDinamita;19502948]He joined TMT and sucked alot of Mayweather cawk.[/QUOTE] The only sensible conclusion. Talk about mediocre.

[QUOTE=Freedef;19502922]These casuals... smh[/QUOTE] By al rights, Tommy Rainone should have gotten just as much air time.