At the front of the Soul City Gym’s aerobics class is Isaiah Steen. A striking figure: a tall, muscular man with an archetypical boxer’s build, dreadlocks tucked into a spandex cap, joyously vibing to “All In” by Lil Baby. Steen moves around in steps that look like half boxing footwork, half choreographed dance for more than an hour, which is just one of three full training sessions he’ll complete on this day.

“It helps a lot, it gets your movement together, your rhythm together, it helps with your steps, it helps get everything moving,” says Steen.

At his side, moving step for step, note for note with him is his younger half-brother Charles Conwell, the more well-known member of the family, a 2016 US Olympian who is now a 12-0 contender at middleweight.

The two brothers move in sync whether they’re moving to a beat or not. In fact, they will headline Wednesday’s ShoBox offering from the Mohegan Sun Casino in Uncasville, CT together, with Conwell in the main event and Steen in the co-feature. Conwell will face Wendy Touissant. Steen was originally scheduled to face Kalvin Henderson, but is awaiting a new opponent. (Note: As of the writing of this story, a new opponent has not yet been announced, but sources told BoxingScene that DeAndre Neal is being explored as a potential replacement.)

There was a time not that long ago when the brothers weren’t necessarily in step, however. As Conwell was flourishing in the amateur ranks and courting the attention of professional promoters and managers alike, Steen found himself struggling, and at times, questioning whether he wanted to continue fighting.

“In the amateurs, I didn't really go to a lot of national tournaments, so boxing was falling off, and I also liked to play basketball, so I was figuring out which one I should do. In the amateurs, every time I'd make it to a main tournament, it didn't work out. But then seeing my little brother doing that, I was like, he'll want somebody by his side,” said Steen.

After seeing his brother fight at the US Olympic Trials, Steen says he made the decision to put everything he had into a boxing career, and soon after, turned pro on March 26, 2016. In less than a year, he’d racked up six wins, with five of them coming by first round knockout.

As impressive as the outings were, he wasn’t getting much attention, fighting without promotional backing on small club shows in halls in Youngstown, OH and local casinos in Erie, PA. 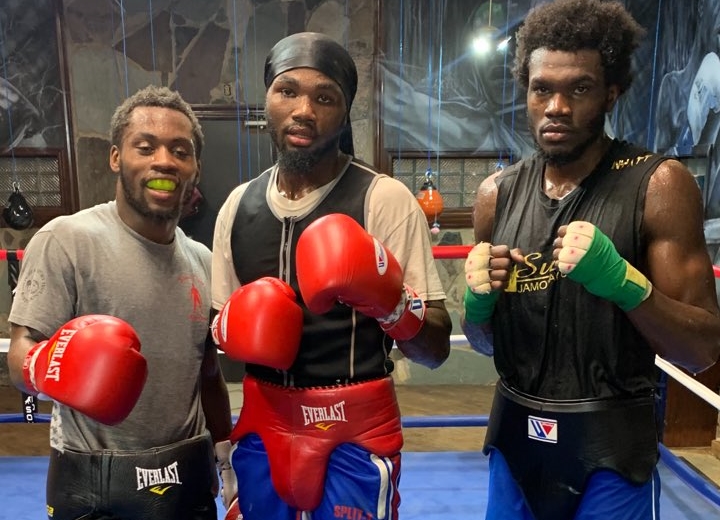 Luckily, his little brother did want his big brother by his side.

“When he got signed to DiBella and Split-T Management, he said hey, you want me, I've got a brother, you've gotta help move him too. He's selfless like that,” said trainer Roshawn Jones, who corners both Conwell and Steen along with Otha Jones Jr.

It’s a story Split-T head David McWater readily corroborates. Normally a thoroughly analytics-based talent scout, McWater was willing to take a flier on Steen both because it would enable him to secure Conwell, and also because he valued Conwell’s evaluation of his brother’s abilities.

“We signed him, and we knew he had talent, but we signed him largely because of Charles. But the good part of that story is, he's 14-0. He has way exceeded expectations,” said McWater. “I've been really really proud of him. I think he's definitely going to be a contender.”

For this fight, like all most others, the two have been each other’s chief sparring partner. That has come particularly in handy amidst the global pandemic, allowing them to keep a tight familial bubble and show up to Top Rank’s version of a bubble COVID-free this past Friday. But the necessity of having one another available to spar was there even before it was medically advisable to keep it that way.

Jones says that for this particular card, Conwell was actually willing to give up his main event slot for his brother, but ultimately the card was altered and he wound up with top billing anyway, a fact that didn’t bother Steen one bit.

“Isaiah has never once in his life complained about being in Charles' shadow, which I give him a lot of credit for. Never once, not even privately to me, I've never seen them in an argument, I've never heard him complain once,” said McWater.

On Wednesday, Steen will finally get to stand beside his brother in the spotlight. Whether his name or Conwell’s is at the top of the marquee is irrelevant to him—it’s all in the family.

“I was supposed to be going to the Olympics with him, that was our dream to make that happen, and I didn't make that happen, so I’ve been pushing hard in the pros. This is very exciting, because we're finally on TV together.”