Humberto Soto Confident That He Will Shock Brandon Rios

Humberto 'Zorrita' Soto confirmed his scheduled duel with fellow former world champion Brandon Rios for February 23 in Tijuana, and bet on his experience to secure the victory on the card being promoted by Zanfer Promotions and Matchroom Boxing.

Soto has not fought since August 3 when he defeated Édgar Puerta in Ensenada, Baja California. That fight was the second in 2018 for the three-time champion from Los Mochis. Rios, meanwhile, is coming off a knockout of Ramón 'Inocente' Álvarez last November.

"I am well aware that it is a tough fight, but the experience is on our side and so is the intelligence, as well as the way to handle the ring - and these are key things to secure the victory," said Soto to ESPN Deportes. 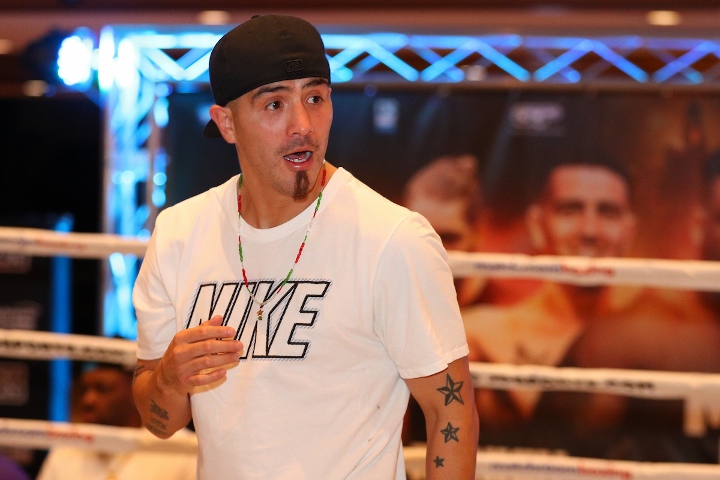 The fight, said Humberto, is agreed upon for a catch-weight of 145.5 pounds, just below the welterweight limit. Brandon's last fight was at super welterweight, so he will return to the 147-pound division, where he was knocked out last February by Danny Garcia.

On Brandon's victory over Canelo's brother in Kansas last year, Humberto said he has not been able to see the fight, but feel that he's got a better chance to win than the Jalisco fighter.

"I did not watch the fight, but I think there is a big difference between Canelo's brother and myself. I hope for a good fight, for training we have not stopped here with Don Rómulo Quirarte and Bobby Quirarte. We're going to get it right," Soto said.

Basically this will be the first high caliber battle for Humberto since he lost in October 2015 against Antonio Orozco.

After that loss, he beat his countryman Daniel Ruiz a year later in October 2016, and then he was inactive for a year and a half, and then returned in 2018 with two fights against Joel Juárez and Édgar Puerta.

[QUOTE=microMXL;19474830]Soto has no business fighting at welter, Rios is going to walk him down[/QUOTE] Nuh uh, don't do that. Not after "Mikey's chasing greatness facing Spence!!!" If Soto wants to go multiple divisions let him. He's a vet, he's earned…

Jesus. What does the winner get, a match with Robert Guerrero?

Another fughin mismatch totally out of its element First off Soto was a great fighter who always brought it , but now Soto is done Very slow and pretty easy pickings for Rios Rios is another washed up fighter who’s…

Soto has no business fighting at welter, Rios is going to walk him down