Eddie Hearn, promoter for heavyweight contender Dillian Whyte, would not rule out the possibility of a fight with former WBC heavyweight champion Deontay Wilder in 2021.

In a recent interview, Whyte was among the possibilities that Wilder named for next year.

Wilder was in action back in February, when he was stopped in seven rounds by Tyson Fury at the MGM Grand in Las Vegas. 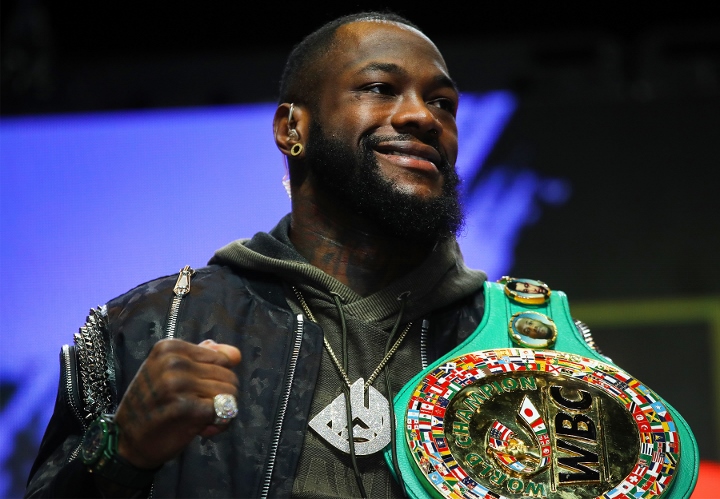 Since that loss, Wilder has taken part in several interviews where he made numerous controversial claims with respect to the fight - including allegations that his water was spiked and Fury loaded his gloves with weights.

Hearn would like to see Wilder get his mental state in order - before exploring a possible fight with Whyte.

Whyte has business of his own to deal with.

Back in August, he was knocked out cold in five rounds by Alexander Povetkin. A rematch clause was exercised, with the second fight landing on November 21.

The rematch was pushed back after Povetkin got diagnosed with COVID-19. The second fight is now being targeted for late January.

“Deontay Wilder has lost his marbles,” Hearn said to Talk Sport. “I mean, he has accused Tyson Fury of all sorts; people spiking his water, his ring walk outfit was too heavy… I mean I don’t know what’s going on there.

“But everybody is kind of mapped out; AJ has got Pulev, beat him, fight Tyson Fury. Dillian Whyte is going to rematch Alexander Povetkin so Wilder is a little bit frozen out right now. But listen, he’s a good fighter and he is exciting so once he gets his mind straight, I’m sure he will return in 2021. A fight between Deontay Wilder and Dillian Whyte is a big draw. But for Dillian, he must beat Povetkin at the start of 2021.”

[QUOTE=Fire4231;20921365][B]Like blood let’s see it slow witted MF... Don’t be worrying about excuses bro you the only one making them. But no excuses for those gloves!!! Non at focking all!!![/B][/QUOTE] I can't afford to see wilder been body bagged again…

[QUOTE=Laligalaliga;20918469]It will be another beat down with intense bleeding. I just hope this time he doesn't have an internal bleeding. Just wonder what set of excuses is being lined out already.[/QUOTE] [B]Like blood let’s see it slow witted MF... Don’t…

[QUOTE=Fire4231;20916972][B]Lol... well too bad bro. It’s definitely happening and there is nothing you can do about it. And those gloves won’t be an excuse because Tyson will have to fight Wilder on an even playing field. Don’t look good. Don’t…