Hearn, whose company promotes Joshua and Usyk, instead anticipates Usyk fighting for the vacant WBO title at some point in 2020. Usyk, who’ll face huge underdog Chazz Witherspoon on Saturday night in Chicago, is the WBO’s mandatory challenger for the victor of the immediate rematch between Ruiz (33-1, 22 KOs) and Joshua (22-1, 21 KOs).

Whomever wins their second bout December 7 in Diriyah, Saudi Arabia, must choose, however, between making a mandatory defense of the IBF title against Kubrat Pulev or a required defense of the WBO belt against Usyk, the former undisputed cruiserweight champion. Hearn assumes the winner, who also would own the WBA and IBO titles, would want to oppose the 38-year-old Pulev first.

“He’s supposed to fight the winner of Joshua-Ruiz,” Hearn told BoxingScene.com regarding Usyk. “That’s what he’s mandated to do. I don’t see him taking another fight this year. These guys, they’re not boxing every couple of months. So, I think [Usyk] flies to Saudi, and he watches that fight. 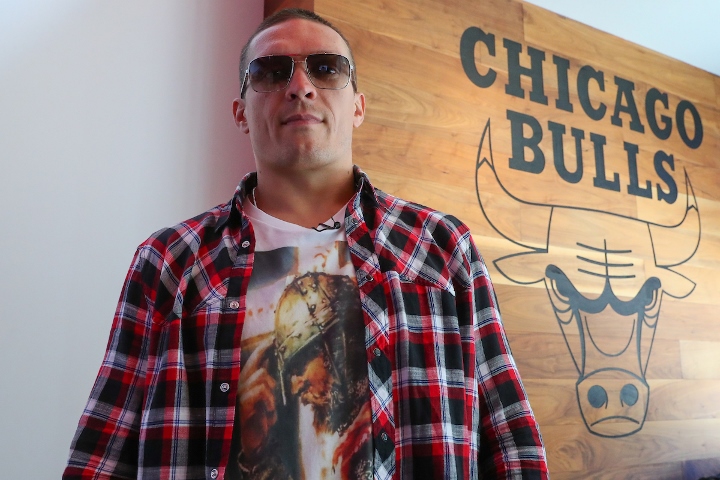 “We’ll see how Usyk looks [Saturday night],” Hearn said. “But I think Usyk is probably gonna end up fighting for a vacant world title, because if [the Joshua-Ruiz winner] don’t fight him, he’ll have to vacate. Again, anything can happen. Joshua won’t want to vacate any belts. But if you’re asking me, looking after Joshua, if he comes out victorious against Andy Ruiz – what it comes down to is there are a lot of unanswered questions about Usyk at heavyweight. But everybody in boxing knows how good he is.”

Pay attention to what was asked before responding. Unified = all the belts is when the sanctioning bodies take turns with their mandatories. 🤦🏻*♂️ [QUOTE=SteveM;20118574]and what happened to belt orgs respecting each other's turn? this sounds phoney[/QUOTE] [QUOTE=Trump Supporter;20119141]Unified =having…

[QUOTE=TinAgeOfBoxing;20118726]Ducks Povetkin, ducks Spong at the last minute with crooked PED lies and now will try to weasel a vacant WBO belt. Maybe Coceres can move up in weight again and fight for the WBO heavy title. WBO will sanction…

[QUOTE=FreezeIzGawd;20119013]Why aren’t AJ fans saying anything about this guys plan to PRE DUCK a challenger!!! He is basically saying Pulev is the easier fight so we are taking that one!!! If Wilder went on record as saying he PREPLANNED to…