Hearn: Joshua Wants To Fight This Year and He Will Fight

Joshua has been out of the ring since December of 2019, when he won back his world titles with a twelve round unanimous decision over Andy Ruiz in Saudi Arabia. 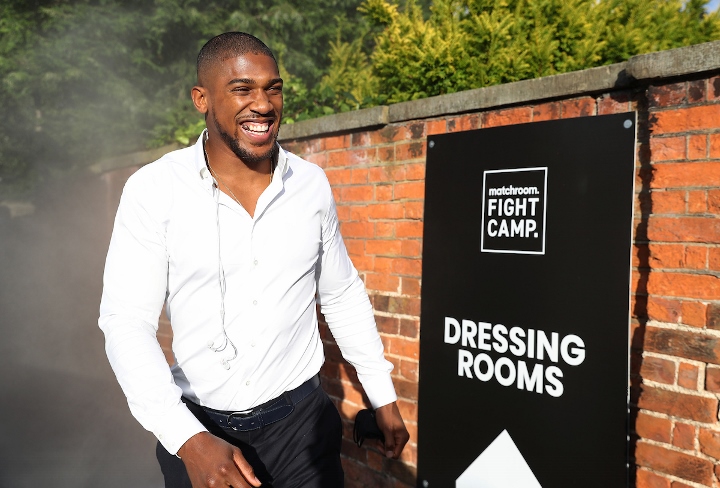 Right now the return is being targeted for December, even if it means to stage the event without spectators.

"AJ wants to fight this year and he will fight," Hearn told the Sun.

"Hopefully by December we will be in a situation where we can have a full, or close-to-full, O2. Because when you talk about no crowds causing a hole in budgets, his is around £5 million. But he will fight, he has to, otherwise it will be a year out of the ring. We have to get him back in 2020.

"I would put him on behind closed doors now, yes. The numbers wouldn't be as good but he is prepared to do it."

Joshua's opponent is the IBF's mandatory challenger Kubrat Pulev. They were scheduled to fight back in June, with the event being pushed back due to the coronavirus pandemic.

The goal is to get past Pulev and then face WBC heavyweight champion Tyson Fury, who himself has to overcome a trilogy fight with Deontay Wilder in the fall.

"Right now, the plan is still to fight Pulev, as he is the mandatory challenger," Hearn said.

"But this situation has put everything up in the air and there are a lot of moving parts. Joshua wants to fight Fury but he wants the WBC belt more."

[QUOTE=Angeljuice;20727148]AJ lives a relatively humble life. He does a lot of charity work and helps kids. He really isn't all about the money. Fury is even more humble, both have nice things, but neither is excessive or showy. AJ wants…

[QUOTE=BXNGCNTRL;20726407]As much as I hate to admit, I think you are talking facts.[/QUOTE] AJ lives a relatively humble life. He does a lot of charity work and helps kids. He really isn't all about the money. Fury is even more…

[QUOTE=Jkp;20726343]AJ only cares about the money, he knows he vulnerable in every fight, so isn't going to risk it all unless it's top dollar. I doubt AJ ever fights fury, as it's an almost certain loss for AJ. Eddie knows…

Hearn is WAP, I have seen Lemonade stands run by a six year old that have more business acumen than this clown. He would rather make no money than good money. And his team can’t match make for sh@t. He…