Hearn: Golovkin Showed So Much Heart, He Was Ill All Week

Eddie Hearn, who is promotional partners with IBF, IBO middleweight champion Gennady Golovkin, explained that GGG had been sick all week in the days leading up to his Saturday night with Sergiy Derevyanchenko.

Golovkin barely came away with a win, as he secured a close twelve round unanimous decision at Madison Square Garden in New York City.

Golovkin scored a knockdown in round one, and then cut Derevyanchenko in round two, but then he found himself under heavy fire for the remainder of the contest. 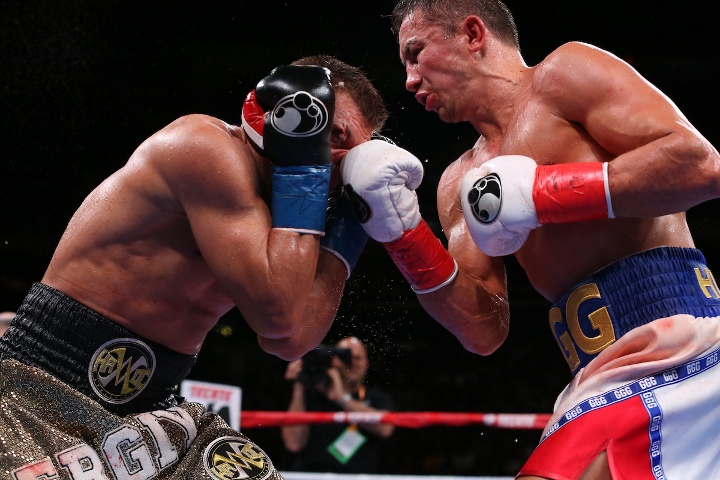 Hearn claims Golovkin was feeling very sick for most of the fight week.

"What a fight. It was one of the best fights I've seen. It was brutal," Hearn told IFL TV.

"I thought Derevyanchenko was unbelievable. He won't say it, but Gennady has been ill basically all week, and it was a real struggle for him, and he kept it completely quiet.

"He won't even say anything, but I will, because although Derevyanchenko deserves all the respect in the world, what Gennady had to go through tonight ... the well, when I can't imagine how he was feeling. It was incredible, and he showed so much heart. And I thought Derevyanchenko was absolutely brilliant."

Golovkin himself had no excuses in the aftermath of the tough bout.

"I want to say thank you so much to my opponent. This was a great job. I respect his team. I told you, he's a very tough guy. This is huge experience for me," Golovkin added.

"Right now it's a bad day for me, it's a huge day for Sergiy, his team. This is huge experience for me. Right now I know what I need exactly. I lost a little bit of focus."

[QUOTE=Curtis Harper;20119697]If a fighter, [B]ANY FIGHTER[/B], enters the ring with some pre existing condition, fu ck his post loss excuses.[/QUOTE] You're lying and have been called out for it. There's more people relying on these fights than just the fighters.…

When promoters charge full price for a fight with a sick guy in it, that promoter should be sued. ''We knew well in advance but thought we let [B]EVERYONE[/B] know after the fight :).''

Lol nobody wants to hear that ****! Stfu