Andy Ruiz Jr. isn’t the only prominent Mexican-American in boxing who has had his heritage questioned this week.

Gennadiy Golovkin inferred during an interview with Univision on Thursday that his former trainer, Abel Sanchez, isn’t an authentic Mexican because Sanchez is from California. Golovkin’s unsolicited criticism of Sanchez continued the back-and-forth between the former middleweight champion and the man that helped guide Golovkin to prominence in the United States.

Golovkin took exception Thursday to the suggestion that Sanchez implemented the “Mexican style” that helped make the Kazakhstan native one of boxing’s most popular fighters. 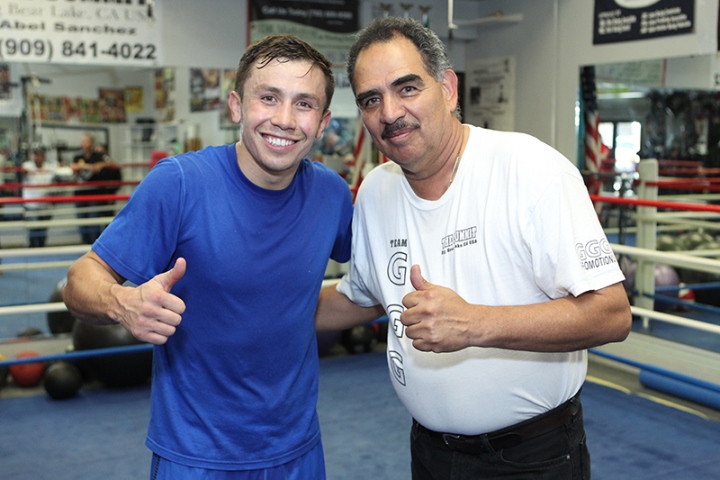 “I have my Mexican style and different style, you know, right now, like a hybrid,” Golovkin told Univision. “If you ask just special for Abel Sanchez, come on. Abel Sanchez whole life living in California. He’s not Mexican style.”

The 37-year-old Golovkin spent nine years of his pro career training at Sanchez’s gym in Big Bear Lake, California. Sanchez became synonymous with Golovkin as the knockout artist grew in stature, but they surprisingly split in April due to a dispute over money.

According to Sanchez, Golovkin wanted him to take a pay cut once Golovkin signed a three-year, six-fight deal with DAZN. That agreement is reportedly worth slightly more than $100 million.

Sanchez went on the offensive once Golovkin announced April 24 that they had split. The veteran trainer said Golovkin’s greed led to the termination of their partnership and called the most prominent fighter he has trained “ungrateful.”

“He proposed and insisted on an insulting new trainer compensation schedule,” Sanchez said in a statement released April 24. “My dignity and honor [don’t] allow me to be screwed like that. It’s unfortunate being greedy, being ungrateful and no ethics, honor or integrity will end this relationship.”

Golovkin refrained from criticizing Sanchez initially, but he has fired back at Sanchez in recent weeks. Before questioning Sanchez’s Mexican heritage, Golovkin stated that his relationship with new trainer Johnathon Banks isn’t “fake,” and that he and Sanchez didn’t have the father-son relationship Sanchez suggested.

[QUOTE=jdp28tx;19814869]GGG is making a habit out of sounding like a idiot and hypocrite. He seems to have come unglued after losing to Canelo. So after claiming for years his fighting style was all about Mexican style he is now saying…

[QUOTE=lion33lit;19816235] Lennox and Wlad worked with the GREAT Steward, and were cordial when the good times came to a halt. I never heard Steward ask or even give a hint of, "where are those ungratefuls with my money?" ..lol...[/QUOTE] Not…

[QUOTE=aboutfkntime;19816050]oh I agree, Golovkin is perfectly entitled to do whatever he likes but yea, that decision does not speak well for his loyalty/integrity all I was saying is..... Golovkin flip-flopped, again..... surely it did not take Golovkin 10 years to…

[QUOTE=lion33lit;19815871]Like you said, kinky stuff aside, he was the MAN! I don't know why retroactively Shane isnt disqualified - the commission knows he cheated ....I don't get the "stopped" part though, Golovkin wouldve been better? no?..... Oscar reached a delusional…