Former world champion Murat Gassiev (26-1, 19 KOs) is promising to return even stronger in the future.

On Saturday night in Moscow, Gassiev lost a twelve round unanimous decision to Oleksandr Usyk in their World Boxing Super Series final. 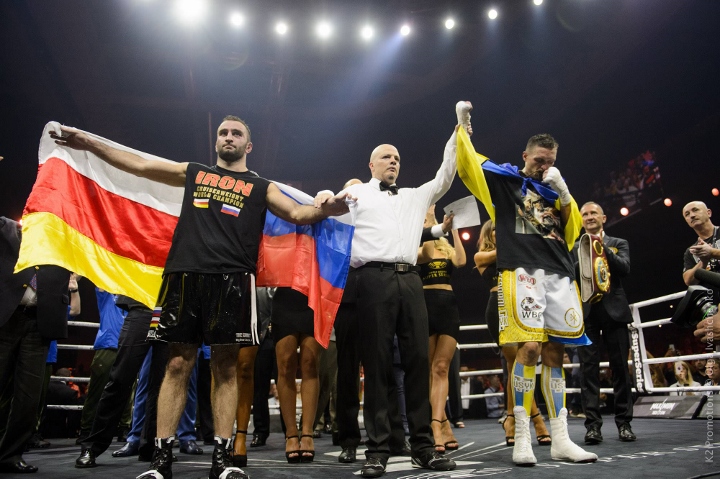 Gassiev was dominated in the contest and won very few rounds as Usyk's jab, his movement and his boxing ability was too much for the powerful Russian boxer.

Gassiev offered up no excuses and hopes to regroup.

"Ie was an excellent fight, an excellent experience. I want to congratulate Oleksandr's team on the wonderful work that was done. Oleksandr showed me that I have something to work on. There is a difference between us, where he has a huge school of amateur experience. He saw my weaknesses, I will work harder and will come back much stronger," said Gassiev.

"We knew that Usyk would move a lot and shoot out his punches, but he did his job much better than I did, and the end result was his victory. You can prepare for one thing and in the ring things will be different. I tried to follow my trainer's instructions, but today it was not my day, nothing happened. Oleksandr won an unconditional victory."

Usyk commenting on the outcome of the fight, he thanked his team and all of his teachers.

"Maybe they are not here, but I want to thank everyone who has made efforts to my formation and development, I want to bow to them and say thank you," Now the first goal is to come back to my homeland and see my children," said Usyk.

The 31-year-old Usyk secured his 15th victory (11 by knockout), and has no defeats on his ledger.

I'm still wondering why he didn't throw straight rights or counters to the jab. Still good to see a humble reaction

This is why boxers and fans shouldn’t take losses to be the end of the world. If you lose to a brilliant fighter and learn from it, then so what? No shame in that

[QUOTE=methodcal;18960403]Agreed but he's to flat footed. Usyk kept turning him. Threw alot of looping hooks that missed badly. If you stand in front he'll catch ya.[/QUOTE] That’s true but at cruiser guys aren’t usually moving all that much. Usyk is…

[QUOTE=Willowthewisp;18960317]Gassiev is a great guy and a fantasic fighter, he just came up against an anomaly. His heart and attitude in this tournament definitely made me a fan, will be following his fights closely from now on. Respect Murat.[/QUOTE] Agreed…

Gassiev is a great guy and a fantasic fighter, he just came up against an anomaly. His heart and attitude in this tournament definitely made me a fan, will be following his fights closely from now on. Respect Murat.