Fuzile vs. Rakhimov Eliminator Set For 9/29; Ogawa Out

Azinga Fuzile remains home for his promised title eliminator, which is now a battle between unbeaten super featherweights.

News of the modified eliminator was confirmed to BoxingScene.com by IBF officials on and event promoter Rumble Time Africa. 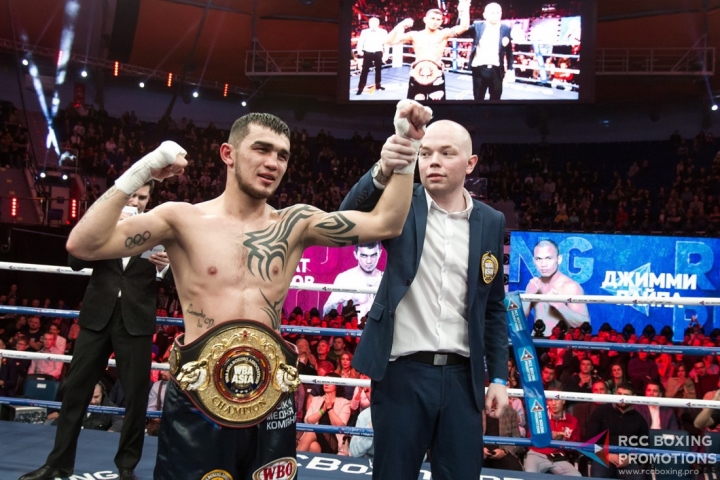 The previously assigned eliminator between Fuzile and Japan's Ogawa was first ordered back in May. a purse bid won by Teiken Promotions, Ogawa's promoter who sought to stage the event on July 6 in Tokyo, Japan. Those plans fell through when Fuzile (14-0, 8KOs) couldn't secure a travel visa in time to make the trip abroad.

As proper assistance was not offered to in granting Fuzile a visa, Ogawa declined to wait until September for a rescheduled fight, instead going through with the July 6 as he faced unranked Glenn Medura whom he stopped in four rounds.

The development fell in violation of sanctioning body rules, which prohibits champions and challengers from accepting an interim fight while a title fight or eliminator was ordered. The ruling disqualified Ogawa from contending for the IBF number-one ranking, at which point the IBF turned to the next available contender, with Rakhimov (14-0, 11KOs)—a former amateur standout from Tajikistan who now lives and fights out of Russia—accepting terms to travel to Fuzile's backyard.

Ogawa was incorrectly reported as said opponent on Friday by BoxingScene.com, with this writer deeply regretting the error.

The delay meant a hometown headliner for Fuzile, whom as fought exclusively in South Africa since turning pro in 2014. In his most recent start, the 23-year old southpaw scored a landslide decision win over former title challenger Romulo Koasicha.

Rakhimov (14-0, 11KOs) will fight for the first time outside of Russia, where he relocated to after turning pro in 2015. He comes in riding a three-fight knockout streak which includes stoppage wins over former titlist Malcom Klassen and former title challenger Robinson Castellanos.

The winner of the Sept. 29 title eliminator will be named the mandatory challenger to reigning titlsit Tevin Farmer, who will first take an approved voluntary defense. The Philadelphia (Pa.)-bred southpaw has already made four title defenses since winning the belt last August, including decision wins in back-to-back mandatories versus Jono Carroll and Guillaume Frenois.

Fuzile is very smart, don't say I didn't warn you.

Rakhimov will win, he's better than both Fuzile and Ogawa

Rahimov is gonna kill the guy