Feared UFC heavyweight puncher Francis Ngannou has reacted to the recent statements that were made by Dillian Whyte. 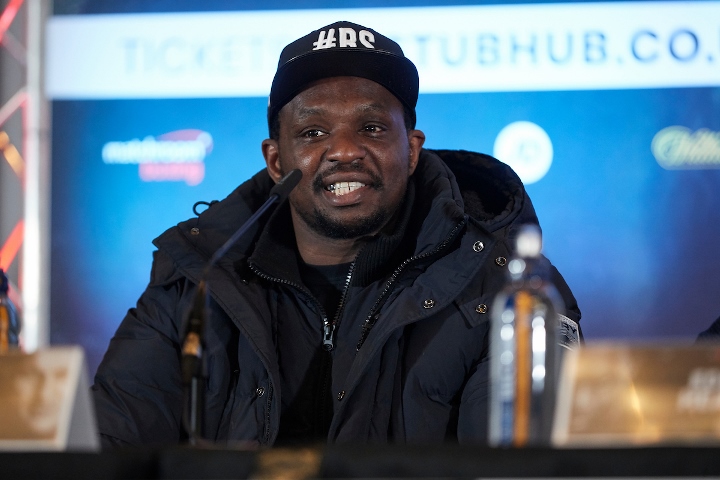 Whyte believes he has more than enough in his arsenal to topple UFC heavyweights like Francis Ngannou and champion Stipe Miocic.

One UFC fighter that Whyte verbally blasted was Ngannou.

“I have called Ngannou a coward because, for a guy who is 6'4 and 18 stone, he has not shown enough heart in his two defeats. He was on a ten fight win streak, mostly first round wins against journeymen, and as soon as he stepped up he lost twice, when people did not just stand there and let him hit them," Whyte said to The Sun.

“Ngannou said he would fancy a boxing match but I notice he didn’t mention my name even after I publicly called him a coward. Says it all really. However, I like the sound of stepping over to the UFC, seeing what sort of deal could be done. Becoming heavyweight champion in both is something no one has ever come close to doing before.”

Ngannou has demolished his last four opponents, three of them in less than a minute and one in 71 seconds.

He would be willing to fight Whyte in a boxing match - but he is not convinced that the British boxer would meet him under MMA rules.

"I know Anthony Joshua but Dillian Whyte? I only heard about him when people sent me articles about him. I didn't know him before. Everyone says what they want. I don't think anything about that. If he wants to fight MMA we will find out [if I'm a coward]," Ngannou said to Sky Sports.

"Yes, I would have a boxing match. Whoever is possible and whenever is possible. The top heavyweights. I am always confident in my power. I have no doubts with my power."

Whyte is waiting for a finalized date and location for his showdown with Alexander Povetkin. The fight was scheduled to take place this month, with the event being postponed due to the coronavirus pandemic.

Pretty sure I watched a Sports Science episode where they showed the force of a punch with a boxing glove is almost equal to one with an MMA glove. Get him in there. Let’s get educated.

Whyte will f****n hurt him lol no contest

[QUOTE=MisanthropicNY;20573418]I love MMA more than boxing now, but let's be serious - that crazy KO power that Francis shows will be completely diminished with 10 oz. gloves. And Francis will never take a legit top 10 Heavyweight's power.[/QUOTE] Has anyone…

[QUOTE=Tbone27;20572712]If Ngannou started training boxing full time 10+ years ago I think he'd have a legitimate chance to win a HW title but at his current age he has no shot at beating any champions or top contenders[/QUOTE] True. His…