It’s his handlers at Mayweather Promotions, according to Farmer, that have prevented these rivals from meeting in a long-discussed bout. That’s the only explanation that makes sense to Farmer, whose co-promoter, Eddie Hearn, has made multiple offers for Davis to face Farmer on DAZN, the streaming service with which Farmer has a contract.

“Maybe he do wanna fight,” Farmer told BoxingScene.com. “Maybe he do. But they always say sometimes you’ve gotta protect fighters from themselves. And I feel like that’s what the promoters are doing right now – protecting him from himself. Because Eddie Hearn has already made multiple offers to make the fight and the fight ain’t happen yet. So, maybe they’re protecting him from himself, because I’m ready.” 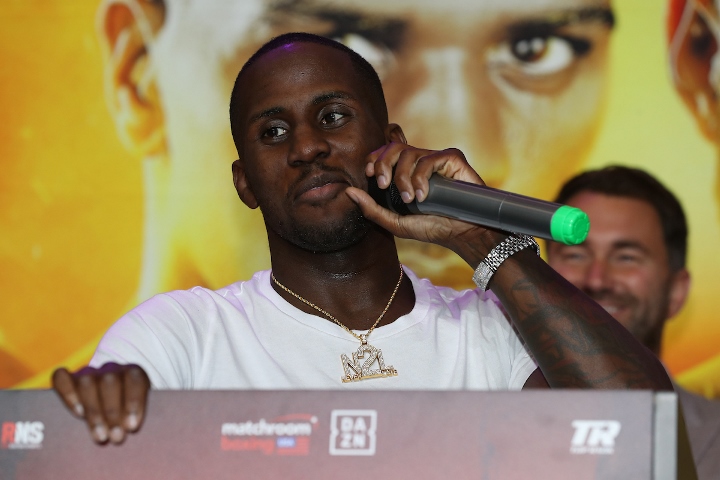 Davis and Farmer both are scheduled to defend their 130-pound championships in mandated matches Saturday night.

“It definitely won’t happen for a while,” Farmer said. “The reason why I say that is because [network and promotional] politics are involved. It’s not gonna happen. And then, when the time is right, are they gonna give us the money that we deserve? That’s probably gonna be the second stoppage of the fight, why the fight don’t happen. First, it’s politics. Then, if we don’t get the money we deserve, at the end of the day, me and Gervonta built this up ourselves for five years.

“Since 2014, we built this up. If it wasn’t for us, there wouldn’t be no Gervonta Davis and Tevin Farmer. So, once you get past the politics, I feel like we should get paid fair, and the fight will happen. If it don’t happen, it’s gonna be two things – it’s gonna be politics or the money. That’s just how boxing works, so everybody’s gotta be fair.”

[QUOTE=P4P Forever;19951800]Brownsville! You never been to Brownsville in your life you fake ass punk. Pintkin Ave *****! You such a idiot SMHHHH[/QUOTE] Born and raised stupid. And you spelled "Pitkin" wrong chump. I lived there all my life Brookdale hospital.…

[QUOTE=Calibaloc;19950539]Lol all you keep doing is proving my point. If I know everything like You say, why are you even trying to argue with me idiot? Smh you are very easy to make look stupid. You can think I'm in…

[QUOTE=P4P Forever;19950525]Like I said you know everything you prick. I'm the one all over the place here. Your so in love with Davis and don't ever stop talking about him like you know him or something. Your like a 5…