The war of words between Tevin Farmer and Joseph ‘Jo Jo’ Diaz continues to remain limited to just talk.

BoxingScene.com has learned that plans for a pre-Super Bowl title fight grudge match between the pair of bitter junior lightweight rivals are no longer in place, although the bout still remains on course to happen at some point in the 1st quarter of 2020.

The bout was due to serve as part of a Jan. 30 DAZN-streamed show at a makeshift stadium in Miami, Florida, taking place during the week of Super Bowl LIV also in Miami. However, undisclosed issues have created yet another delay for a fight that has been in discussion for months yet remains without a firm date despite both boxers' willingness to get in the ring as soon as possible. 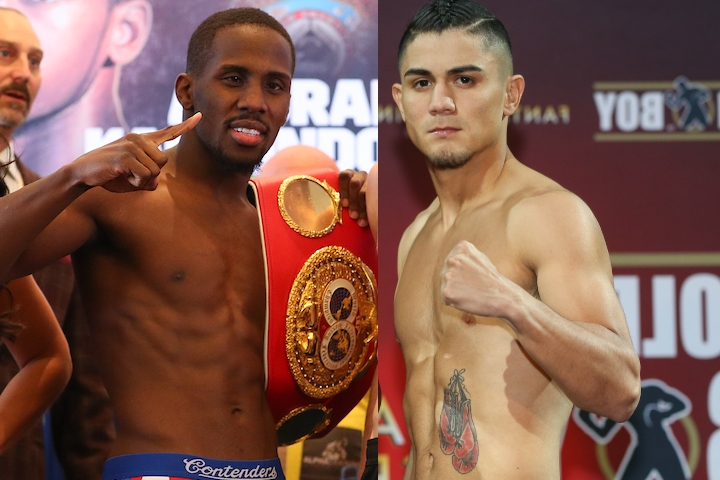 Philadelphia’s Farmer (30-4-1, 6KOs) looks to make the fifth defense of the 130-pound title he claimed in a 12-round win over Billy Dib on the road last August on the road in Australia. His four title defenses all took place in the span of just over nine months, knocking out James Tennyson in three rounds and then racking up a trip of points wins over Francisco Fonseca last December in New York City, Ireland’s Jono Carroll in his Philadelphia hometown and, most recently, Guillaume Frenois this past July in Arlington, Texas.

Wedged in between his wins over previously unbeaten Carroll and France’s Frenois came a hostile run-in with California’s Diaz (30-1, 15KOs) this past May in Las Vegas. Diaz was preparing for a fight on the undercard of World middleweight champion Saul ‘Canelo’ Alvarez, eventually scoring a knockout win over Freddy Fonseca—Francisco’s older brother—but not before getting into a well-publicized verbal altercation with Farmer, who was merely in town as an interested observer of the card as a whole.

Diaz took on a stay-busy fight while waiting on a second career title fight, though perhaps providing more harm than good as the 2012 U.S. Olympian suffered an injury en route to a 12-round majority decision win over Jesus Cuadro this past September in his first career fight in Mexico.

A deal for a fight with Farmer was hoped to be reached, with fight dates eyed for November and December before finally gaining legs in potentially landing on the Jan. 30 pre-Super Bowl card.

The show will go in South Beach, just without the grudge match in tow.

I wanna see this fight badly. Cant wait to see Diaz knocks Farmer off cuz he annoying as hell and boring ass style dont help either. Farmer needs to know his place and stop pricing himself out.