Eubank Jr: Canelo, Murata, Golovkin, Charlo - I'll Fight Whoever I Can Get Fast

WBA interim-middleweight champion Chris Eubank Jr. is hoping that within the next two fights he will secure a showdown with one of the world champions in his weight class.

Eubank Jr. was last in action back in December, when he stopped Matt Korobov in two rounds due to injury.

The initial targets are other world champions like WBA "regular" champion Ryota Murata and the WBA "super" champion at the weight, Saul 'Canelo' Alvarez. 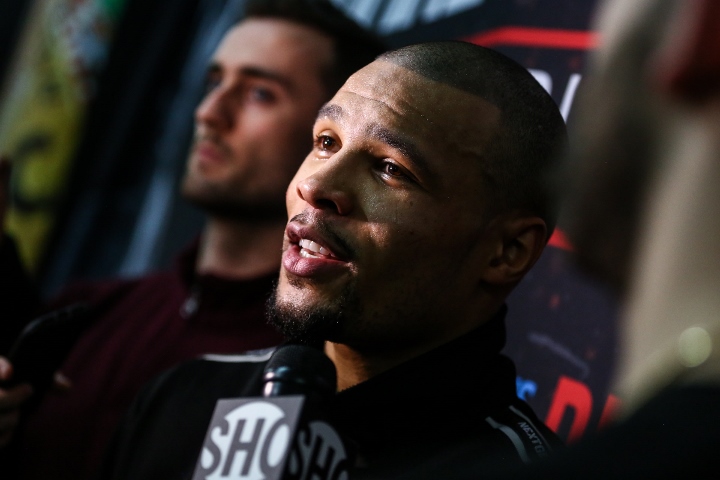 Eubank is also having a close eye on the September 26th clash between WBC titleholder Jermall Charlo and top challenger Sergiy Derevyanchenko.

"I'm number one contender for the WBA world titles," Eubank Jr told Sky Sports. "So Canelo has the 'super' version and Ryota Murata has the 'regular' version. I'm interim WBA world champion, so those are the fights that make sense. I want those belts. Charlo, Golovkin, all these guys with belts in my division, whoever I can get fast.

"Put me in the ring with Canelo, put me in the ring with GGG. These are the guys I want," he said. I understand the situation with Covid. Sometimes these bigger fights are tough to make, but that's what I want. If I have to fight somebody to get to those guys, then I will do so. In my mind, I only want the top level fights now."

Eubank is not concerned with countrymen Billy Joe Saunders and Callum Smith stepping over him to get a crack at Canelo. He doubts their interest in actually facing the Mexican superstar.

"Listen those guys are not pursuing Canelo anyway. Those guys don't want to fight Canelo. Saunders, Smith they are scared of him. They will do anything to bounce around the opportunity to fight with him. I'm the only one that's really calling his name. I don't hear anybody else saying they want to fight him," Eubank Jr. said.

"I'm going to fight before the year is out. That's the most I can say right now. There's no set dates, there's no set opponent, but we are in talks, we are looking at a fight date at this moment in time. It will be within the next few months. I'm looking for world titles, I'm looking for the best."

Wasn't he pegged to fight Jermall Charlie? What happened? He and his dad probably wanted too much money.

Big fights need to happen NOW for Chris Eubank Junior 'His win over Degale was the turning point'. I would prefer him to go into a title fight 'Golovkin has no belt' etc

[QUOTE=Bronx23;20765841]Remember when he was set to fight Golovkin and then mysteriously lost his pen when it came time to sign the contract. Later saying the fight didn’t get signed cuz he’s dad couldn’t get a framed picture in Eddies office.…

Golovkin Vs Eubank would be a great fight. Eubank is big, has a chin and high workrate, GGG is past his best. Could be a toss up.

If his name wasn’t Eubank he’d be sweeping up Brighton pier . Just another fitness guy with opportunity to train full time due to his daddy ..